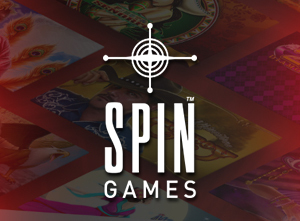 Spin Games slots are present on all major North American regulated iGaming markets. With a team that has more than 100 years of joined experience in developing casino games, it has the necessary tools and expertise to expand its reach worldwide.

...the company had a clear vision how to market leader in interactive technology and content solutions for the global gaming sectors. It aims to “redefine the gaming industry” by adding innovations and presenting the original view.

Has it been successful in this area?

Regarding its trade-marked technological solutions we can say that the company is heading in the right direction. One of its gem products is The ROC™ - remote gaming servers that enables seamless integration of even the most demanding, feature-rich games to all type of desktop and mobile, smaller-screen devices.

But are its games equally innovative? That’s what you can find out by reading this review...

…this provider has all types of players in mind. Instead of putting all of its eggs in one basket, it is devoted to creating engaging releases through various gaming categories. Slots are its most numerous categories, but the company also is developing video poker, virtual sports, social games, bingo and keno variants.

When it comes to slots...

…the portfolio consists of the original, in-house developed titles and combination of the releases by other providers - Incredible Technologies, Las Vegas Games, EIBIC, and Games Lab.

As its platform solutions, the games by this provider are also developed with the usage of HTML5 technology. Meaning they are “up and running” smoothly on any mobile device with the exact same quality and speed of the gameplay, and without any pitfalls.

…it is a bit more traditional, starting with a five-reel setup in almost all of the developer slots. Grid with these components is the most common, while the number of symbols per reel may vary from game to game.

On the other hand...

…the variety is shown in the number of paylines, different in each title. Another thing that is different in most releases is the volatility level, mostly ranging from medium to high. The titles with lower variance are a great practice ground for the ones practicing for slot tournaments, while RTP ranging from 92% to 96% is presenting a decent standard in the industry.

What about the Spin Games Slots Themes and Special Features?

These areas are another example of the provider’s more traditional gameplay. Themes are quite familiar and borderline classic, mostly revolving around ancient civilization, Asian culture and ancient Gods. But there are some original themes presented in the releases such as:

Almost all slots are containing special features but we don’t see many innovations. The most common slot feature is a bonus round with extra spins, that sometimes goes hand-in-hand with sticky symbols, multiplier, compounding wild multipliers, column wilds, scatter pays or interactive pick bonus game.

As you can notice...

…there is plenty of special features, and at least one is present at each release. Although they aren’t bringing anything unseen before, they do make the gameplay much more engaging and interesting, while increasing the winning potential at the same time.

Are The Games By This Provider Recommendable To Slot Lovers?

A simplistic graphics and design might not be something we are used seeing in modern new slot titles, but it doesn’t mean they aren’t worthy of your time. Quite the contrary, the traditional feel of these games fades away after the first spin, due to exciting gameplay with a lot of winning opportunities.

Add to that special features present in each title in the mix, and the results are the games that are piquing the player’s interest. The simplicity of the features and overall gameplay combined with big winning potential are making Spin Games slots recommendable in our book.