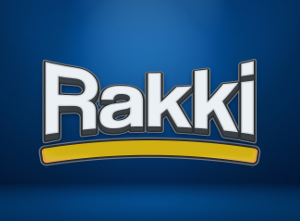 The real money casino provider, Rakki N.V. was founded in 2017 and it specializes in developing HTML5 slots. Based on a quality-focused approach, the software supplier from Willemstad, Curacao maintains a selection of provably fair games with full support for crypto as well as mobile and desktop devices.

Available in multiple languages and currencies, the studio’s products found their way to attract a worldwide audience, but mostly Bitcoin players and customers with affection towards trendy in-game features, payout potential and 3D layout.

Driven by a tagline ‘We Make Video Slots’ Rakki Software typifies a relatively fresh contributor to the online gaming industry and a promising brand whose novel casino content is intended primarily for outgoing customers, avid smartphone users and international clientele. Its games are translated in 14 languages and supported in several mainstream cryptocurrencies.

Despite having a smaller portfolio, Rakki Software has put a lot of effort in making its offering available to a large number of countries. The UK and Netherlands may be excluded from playing Rakki slots at this time, but the provider’s games can still be found at numerous casinos on the market.

To appeal to the widest possible audience, the studio’s titles offer language support in 14 different tongues. On top of that, each game can be played in 35 currencies, such as US and Canadian Dollars, Euro, Bitcoin and more.

Thanks to its modern approach and integration of Bitcoin, Rakki is winning more and more players around the world who actively choose to play exclusively in BTC. This strategy might well prove to be one of the company’s biggest selling points.

The provider combines elements of excitement with old-style and new look of slots to deliver classic nostalgia and futuristic 3D mobile design at the same time. There is also a lot of retro elegance in certain slot games from Rakki, confirming the supplier’s dedication towards popular themes, templates and animation sequences.

Up until 2021, the provider has had 6 titles in its portfolio or five slots and one card game. Each product features a distinct theme and delivers a separate story to answer various tastes among players. Among the first games to launch were Satoshi Slot and its revamped version – Satoshi Slot+. These titles can only be played in crypto.

Apart from forming wins during base play, Rakki slots offer an array of special in-game features to boost entertainment and raise one’s chances of hitting the bank. Players will encounter mostly medium volatility, bonus rounds, 5x3 reel setups, free spins, stacked wilds, wild multipliers, and nudges. What matters is that in Rakki slots the features add quite a lot of excitement on top of the basic game, so if you want to learn more, here’s the entire catalog:

Since the establishment in 2017, Rakki Software has managed to develop only six games (until 2021 and the time of writing this review). Even though the provider prides on a small library of proprietary slots, we can say with certainty that each title offers a distinctive look and feel. With that said, the developer has based its strategy on quality rather than quantity, and there is also the Provably Fair seal of approval from iTech Labs to prove it.

At the time of our review, there are only a few online and mobile casinos with software from Rakki. Despite spending more than 4 years on the market, it is still relatively young and in its growing phase, meaning that we have a lot to look forward to in the future.

Rakki Software prides itself on the fact that each slot in the portfolio is guaranteed to be fair. The slot developer is giving customers an option to request Server Random Numbers from any game, allowing them to check the results of spins as well as to confirm their fairness and transparency.

According to the provider, all 6 products were independently tested by iTech Labs, one of the leading accredited laboratories for the certification and quality assurance of online gaming systems worldwide. On top of that, Rakki is licensed by the Government of Curacao, adding an extra layer of security for the players.

Developed in HTML5 and Flash, the company’s products are available across any desktop and mobile platform, requiring low processing power to deliver fast loading times with minimal lag.

On a final note, Rakki software is responsive and optimized for popular smartphones, tablets and laptops, offering support in 14 languages and currencies, including crypto. The studio even offers its partners to import statistics and campaigns through back office, adding another grade of trust and quality to its profile.