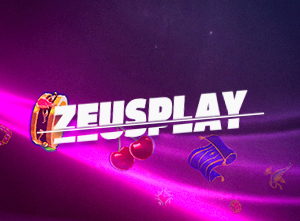 There aren’t all that many slot providers to come from Greece, which makes Zeusplay a welcome addition to the fold. Besides online slots they also produce lottery games. The numbers in both cases don’t quite stack up to Mount Olympus, but at least the quality looks promising.

The company was established in 2012, making them somewhat old. The fact that they are relatively unknown, and come with a rather small selection of games, seems to suggest that the activity for the company has only recently peaked. That’s alright by us, sometimes it takes time to build great things. The company also offers turnkey solutions, which means they provide online casinos with everything from designs to games and software to run those games. 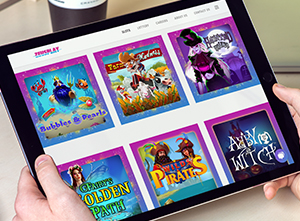 The total count of games, for the moment, is slightly over 50. The years of quiet life have been spent quite well, building up a platform and a selection of games that offers plenty of choice and variety. Each individual title still needs to stand on its own, and not just because it uses a different theme or graphics. That’s not to say certain characteristics wouldn’t stand out on most of the games, just that the games are not simple repetitions of the same old concepts.

Popular online slot titles from the company include The Explorers’ Quest, Amuns Book, Page of Fortune Deluxe, Trojan Horse, Wilds & Pirates, Eternal Desire, and Mad Cubes 25. Overall, the company is quite consistent with quality and the slots tend to rank high amongst players.

You can probably tell from the names that history plays a big role in the games. That’s kind of given when you come from a country like Greece, with cultural roots reaching thousands of years into the past. But how is the gameplay? What kind of payouts do the games offer? Are there special features? Let’s have a look.

The basic setup uses reels and symbol positions together with paylines to determine the possible wins. The number of reel tends to gravitate towards the usual, which is five and in some cases three. From time to time you’ll run into surprising configurations, such as the nine reels of Princess Chintana. Wins are pretty much always created by matching similar symbols along active paylines, which tend to run from left to right.

Something that does stand out with these games is the RTP, which seems to be 94% for most games. There are some exceptions to this, but on average the numbers are a bit wanting, though not overtly so. Luckily, the payouts can still reach quite massive heights. It’s possible to win several thousand times your bet on a single spin, from a single combination. If you’re not in for such high-stakes play, there are several games that aim for much lower variance.

…jackpots together with bonus spins spice up the action nicely as special features. You’re not going to access all of them in one, or all, slots obviously. Usually, you get between two and three features, of which one is there to bring up the big wins, and the other to give a chance at scoring something extra at random. Multipliers are pretty popular, though usually they just allow for doubling up wins that are already quite big. On top of that, quite a few of these games come with the good old double up game. 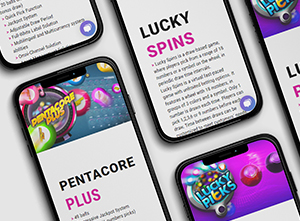 What are lottery games exactly? You might be thinking about the big ones like EuroMillions, Powerball or El Gordo. Rather simply, lottery games use random numbers to determine wins. Or as Zeusplay likes to think, draw based games. That’s why you find titles like Balkan Keno, where you simply choose numbers and hope the ones automatically drawn match yours. Or Lucky Spins, which is more of a wheel of fortune, but with some pretty significant modifiers. In Lucky Picks you choose numbers and colours, with a combination of bets and jackpots in play.

These might not be the most numerous games, but each title is certainly very interesting. And the fast gameplay proves to be quite entertaining too. These lottery games from Zeusplay end up being a very positive surprise, and worth a look at any online casino that presents them.