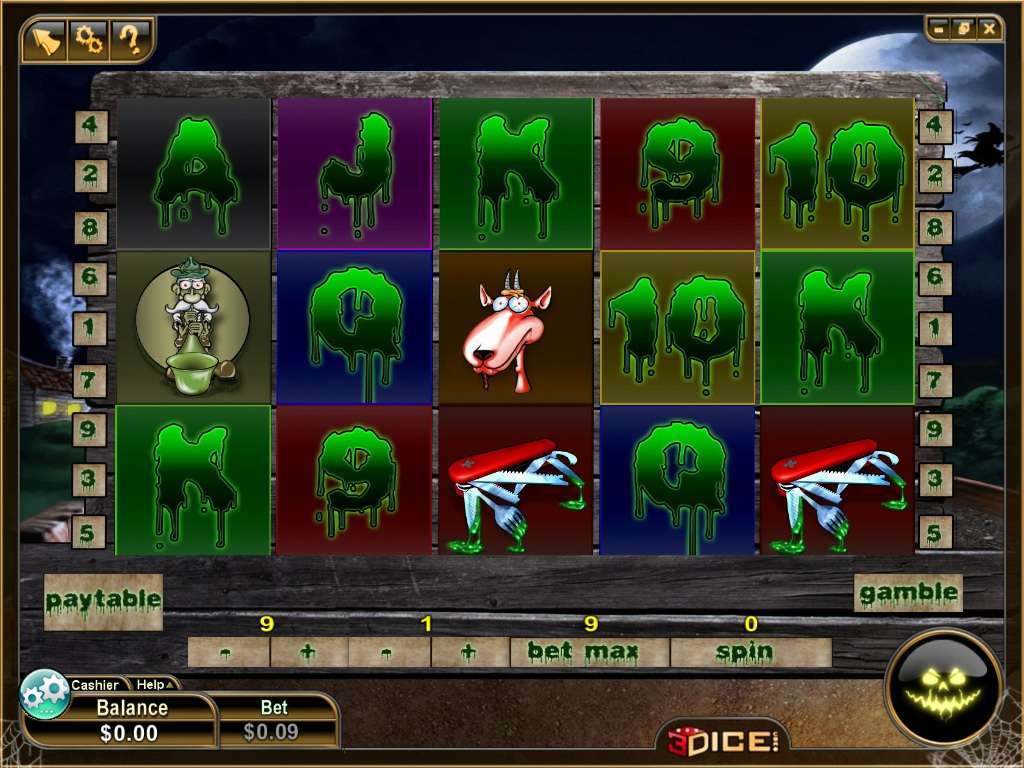 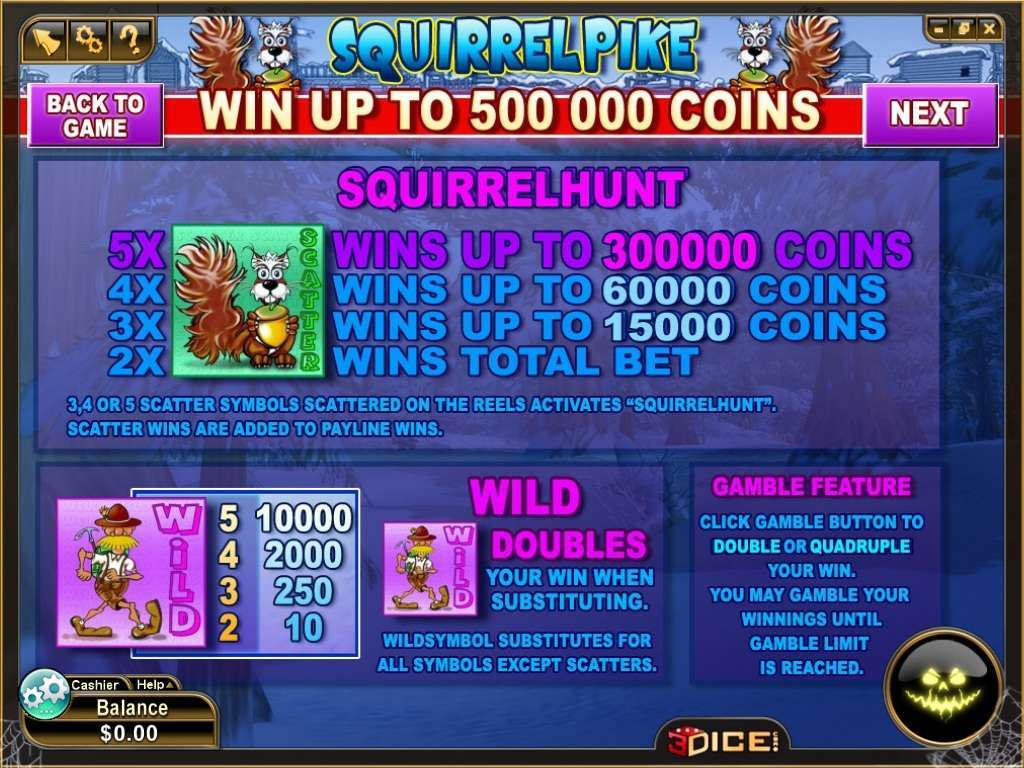 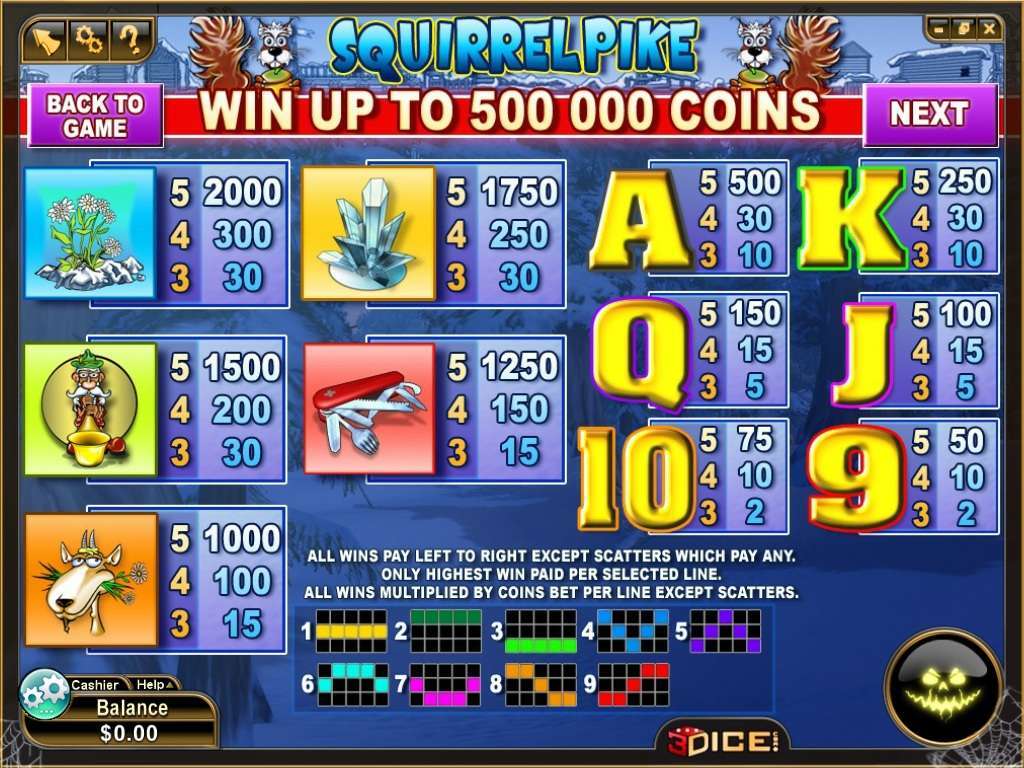 Squirrel Pike slots, with its 5 reels, 9 paylines, wilds, gamble features, bonus feature, and jackpot worth up to 300,000 coins, it may be just up your alley tree; if you’re just a squirrel trying to get a nut.

Be prepared for a little craziness, and also be on the lookout for sharp, crisp graphics and furry brown squirrels. They’re everywhere!

Like all the 3Dice slots, each coin is worth a penny (.01). Your wager will then depend on how many lines you play and how many coins you play per line. Max bet puts you at $.90 with 9 lines and 10 coins per line.

While the feature symbols in 3Dice’s Squirrel Pike slots bring in the big payouts, there are several non-feature symbols that hold their weight. All the non-feature picture symbols (aka not the A, K, Q, J, 10, and 9), pay anywhere from 1000 to 2000 coins if you can get five identical symbols on a payline.

Just like most slots, Squirrel Pike slot game play will go from left to right on all the paylines

Stretch out your mouse-wielding hand, you’ll need to be a quick draw for this Squirrel Pike slots bonus game; triggered (pun intended) by three or more Squirrel scatters, the goal in playing this bonus game is to grab as many squirrels as possible as they bob in and out of their ground holes.

The sooner you nab them, the more points you’ll get!

The one thing all 3Dice slots games have in common is the gamble feature. Each one gives you the opportunity to double or quadruple your recent win.

Some games, like Squirrel Pike online slots , use a classic Gamble Feature mystery card scheme. To double your bet, you guess if the card’s suit is black or red.

To quadruple your bet, you have to guess the exact suit. And you can keep playing until it tells you to stop or you guess incorrectly.

Squirrel Pike slot game Gamble Feature; you’ll have the opportunity to double or quadruple your bet by guessing either the album’s color (red or blue) for 2x payout or the album’s cover model for a 4x payout.

Squirrel Pike slot is only available at 3Dice Casino and is not responsible for any urges to watch Caddyshack while spinning the reels. 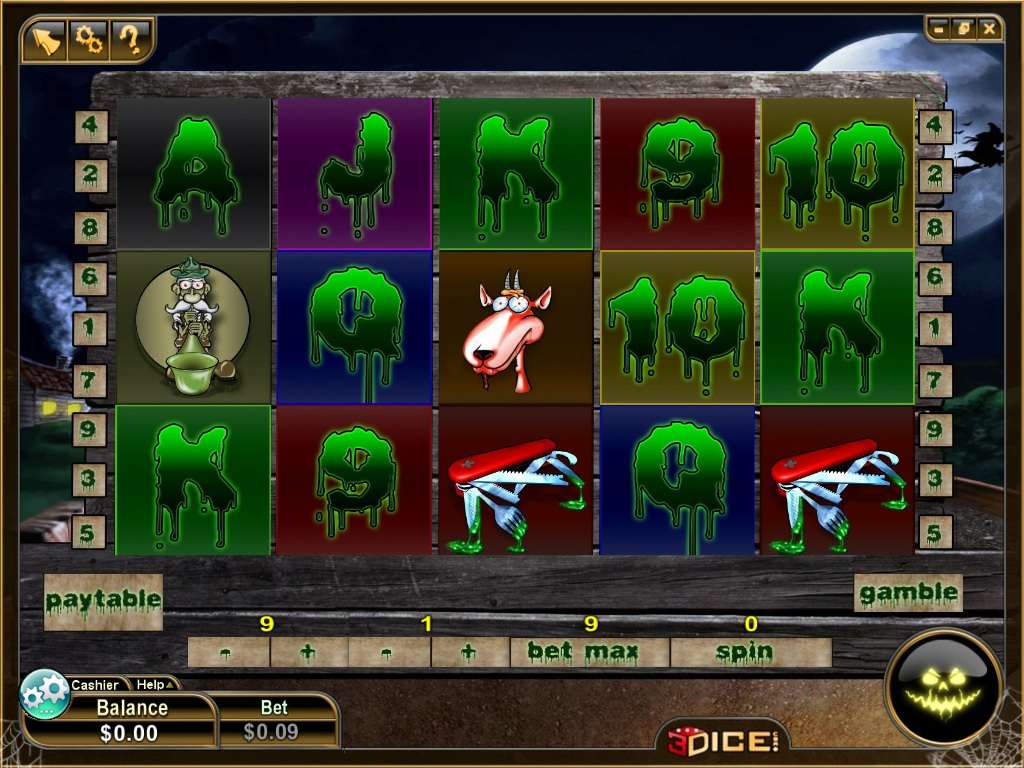