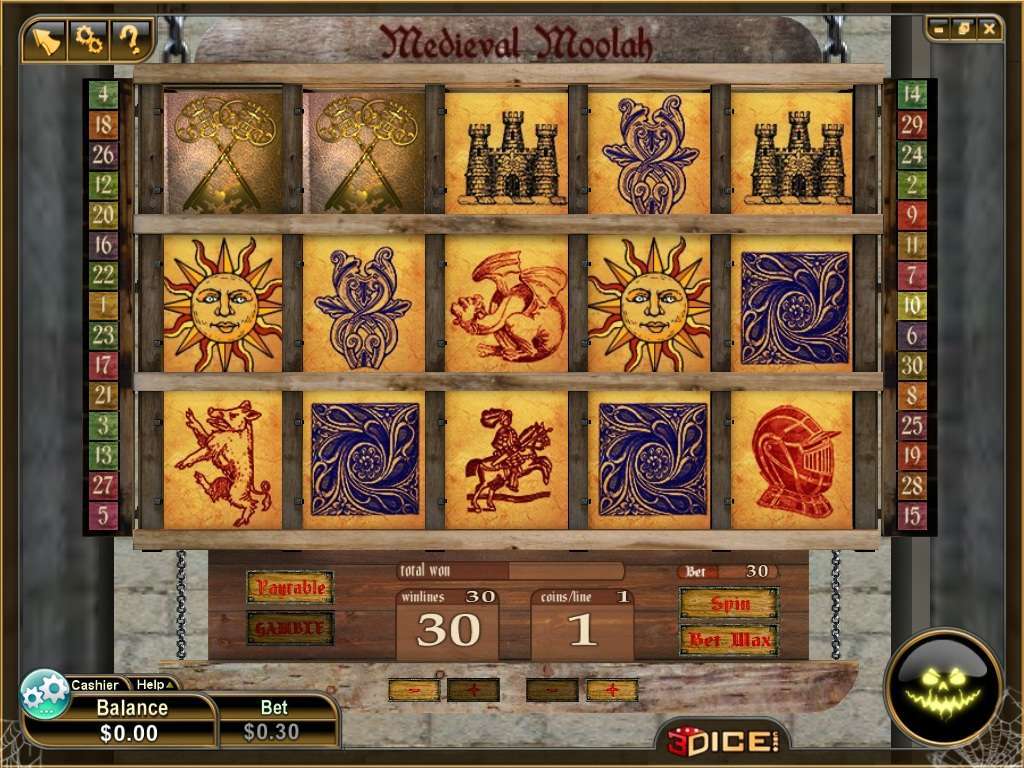 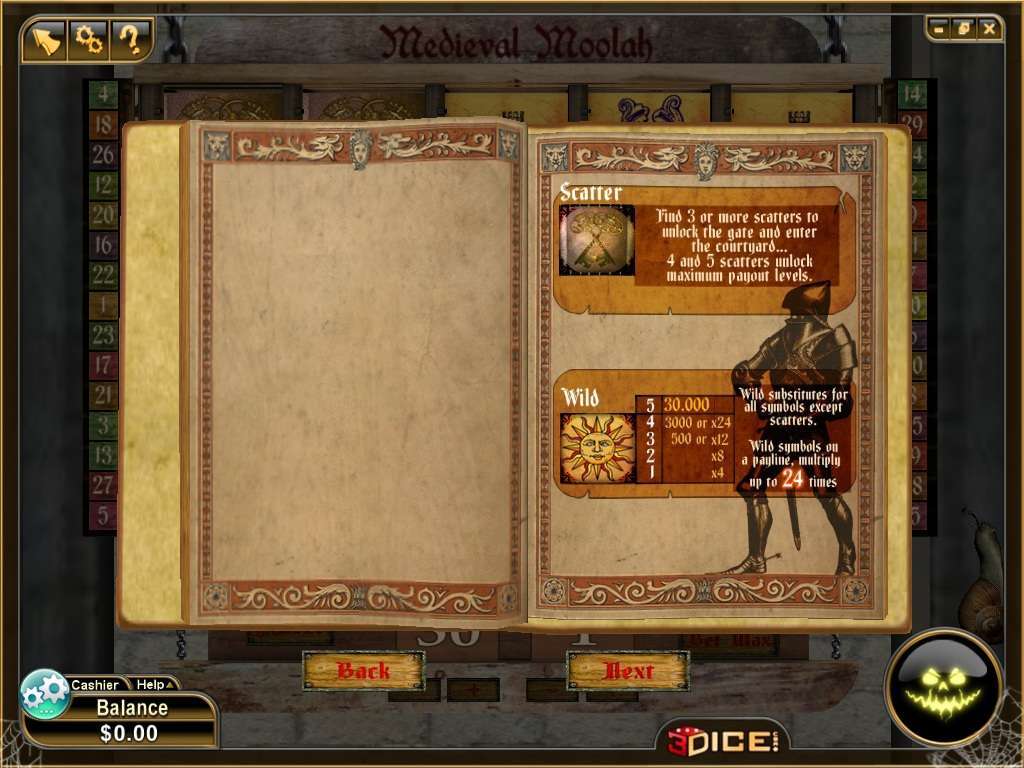 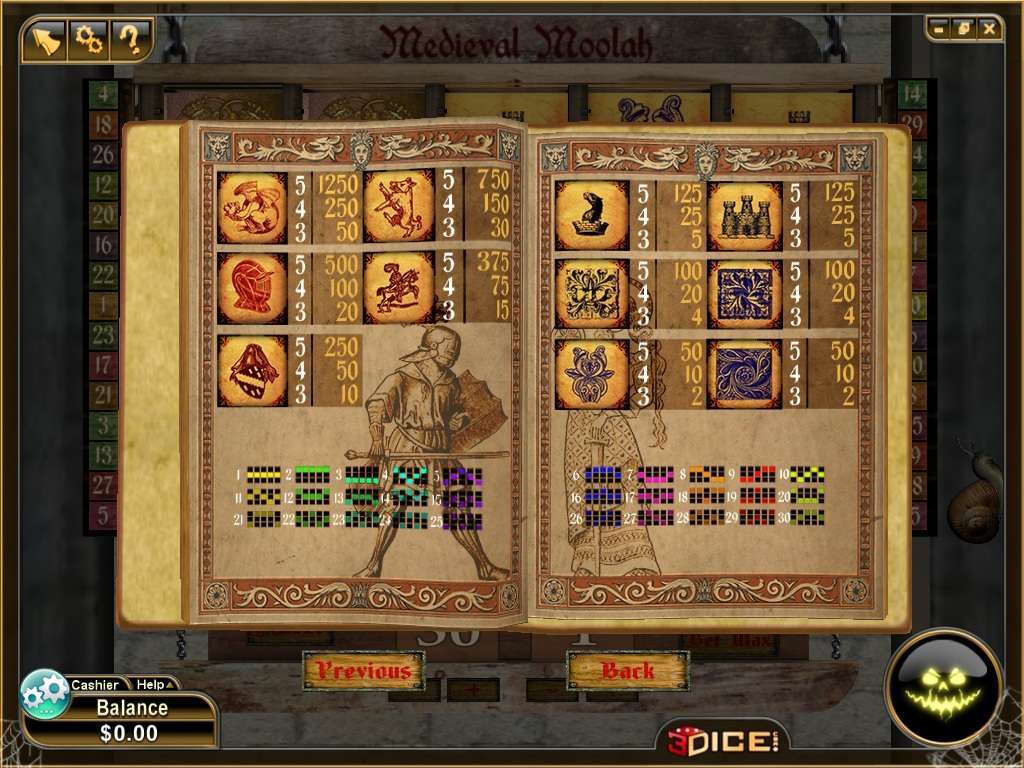 Whether youre a fan of history, period pieces, or Shrek, Medieval Moolah slots will put you in mood for chivalry, shiningly armored knights, and a quest for the Holy Payout.

Five reels, 30 paylines, a well-animated and all-new bonus game, and a jackpot worth 30,000 coinsMedieval Moolah online slots are definitely a blast from the past.

Each coin is worth one cent in Medieval Moolah slots, so the bulk of your bet will be determined by how many coins you decide to play on each of the 30 lines (we recommend you always play every line, even if it means reducing the actual bet per line to keep you within your gaming budget).

Real Money play will allow you to increase this number.

Medieval Moolah slot play goes from left to right. As with most of 3Dice Casino slots, you’ll need at least three symbols to walk away a winner. This is considered to be a high variance slot.

Medieval Moolah slots bonus game will launch when three or more Key scatters hit the reels. Lay back and watch as a dragon drops a fireball on to a Medieval “Plinko” wall. You’ll be awarded coins for whatever vault it blows up.

Medieval Moolah slots gamble feature is definitely not your typical “mystery card” feature. In this case, you’ll be picking the color (to double your winnings) or the species (to quadruple your winnings) of the winning animal in a downhill bobble-head-esque race.

There’s nothing “mid” about Medieval Moolah slot-it definitely goes all out in animation and graphics. Play it today-if only just to watch! Medieval Moolah is available exclusively at 3Dice Casino. 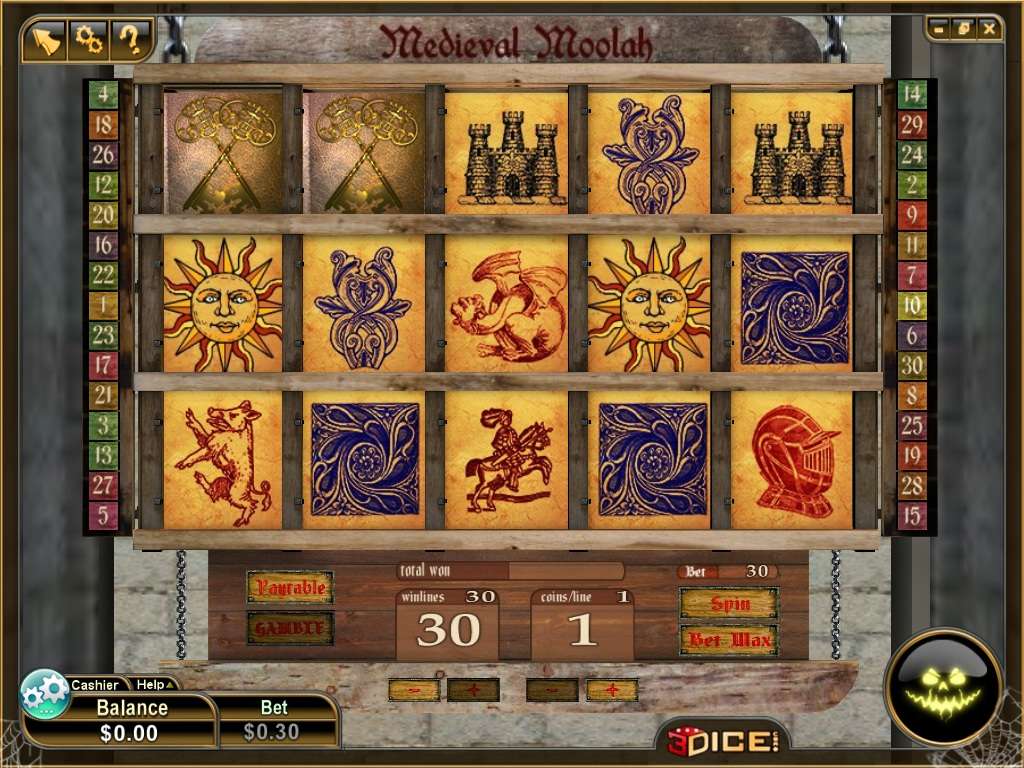