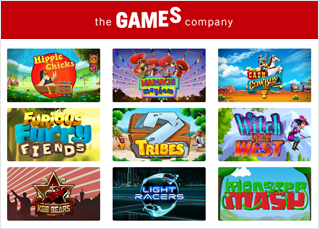 The Games Company first started operating in 2012. They have released only a handful of slots since then, generally concentrating on quality over quantity. Despite this, or because of it, the company has actually achieved quite a lot of other fronts. They have made up partnerships with the biggest operators in the industry, and they’ve also been acquired by a blockchain company that has brought a whole new world of options for the future.

When it comes to slots, the company knows what it is doing. Each title is carefully produced, going through a rigorous testing procedure to make sure everything works perfectly. This is not just about mathematics, but also about compliance with Alderney and UK Gambling Commission licenses that the company holds. This results in extraordinary slots that will remain playable for years to come.

One thing that stays consistent from one slot to another(at least based on current portfolio) is the playing card ranks that always make up the low-value symbols. However, they are always themed to match the other graphics. For example, if it’s sci-fi theme, then neon coloured playing card ranks it is. If the theme is ancient tribes, then bulky letters it is. This too is consistent across all titles, which means that the low-value symbols are not simple copies or placeholders, but just there to make sure you know what kind of symbols are hitting the reels.

...and a word about themes

From branded adventures into the far future or foreign shores. There might be only a handful of slots, but there certainly isn’t a lack of interesting themes and topics to explore. The Games Company has avoided the usual pitfalls of repetitive design and themes. The topics and subjects that have served as inspiration are somewhat common.

Luckily, the company has added its own twist to everything, which is to say that you won’t find similar games from other producers. Also, no Ancient gods, pharaohs and such widely used themes are in sight, which is always a good sign of innovation.

The basics all look good, with wilds and scatters on the reels on pretty much all of the slots. The wilds substitute for other symbols, and the scatters launch bonus games. To add to this, some bonus games offer added features, whereas other slots trust in random features. You will also find colossal symbols, instant wins, pick a feature -type bonuses, and much more depending on the slot. Take your time to browse throughout the selection and you are sure to find a game with all the features you are looking for.

The company is also producing lotto games, with Keno as its main product at the moment.

What about the blockchain?

The blockchain technology and the added cryptocurrencies show up at the moment as an added payment option. This is all well since the whole industry is still taking baby steps with these technologies. In the future, we can expect better safety and security, with features that allow you to review your playing history to ascertain the randomness of results. The Games Company is, at the time of writing this article, the sole leader in this regard.