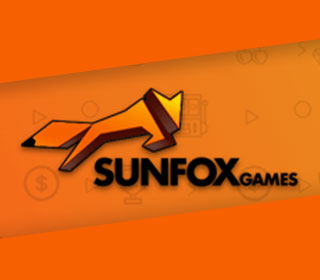 Sunfox Games is a small software company that first got its start in Austria in 2011. They aren’t really among the veterans of the online casino software scene, but it was started by a rather passionate team of experts with a strong gaming and graphics background.

Nowadays, the iGaming industry is so diverse, and there is a niche for virtually everything. Smaller companies like this one finally have a chance to compete in the big arena, but only if they offer products characterized by top notch quality and innovation.

Luckily their games are already on the favorites lists of many punters around the world. They claim that their focus is on quality and not quantity, so this probably explains why they don’t have a massively big portfolio of games…

Obviously, the focus here is on video slots, as these are the most popular among gamblers everywhere around the globe. There are only a handful of games in their portfolio, but all of these seem to be real gems, so let’s check them out, shall we?

Bowling Frenzy - Get the ball a-rollin’ in this bowling alley theme 5-reel slot!

Aquaman - Aquaman and Mera need to defend the Throne of Atlantis in a 243-ways video slot.

Call of The Valkyries - This is an epic quest in which you get to recruit some of the most honorable warriors out there.

Legend Of The Jaguar - Have you ever imagined you will be discovering lost treasures in a mystical ancient temple? Now you can finally do that!

The Casino Job Jackpot - Over here you break into a casino and bust their bank! How exciting is that?

3 Blind Mice - This one is based on the 3 cute characters and all their wacky adventures taking place in the farmer’s wife’s store.

Gem Burst - The precious rocks fall down into a mystical cave where they burst into pieces.

Satsumo’s Revenge - Are you up for a good brawl? Over here you will determine whether you are the toughest fighter of them all!

Adventures Beyond Wonderland - Based on the Alice In Wonderland fairytale.

Cash Mix - Chill out with Edgar and his friends at the beach bar.

Other interesting titles from the Sunfox Games portfolio include Juicy Booty, Time For A Deal, and The Glass Slipper.

Even though they are relatively new on the online casino software market, Sunfox Games is a bunch of folks that had managed to catch the attention of many venues and players. Their games are top notch, and what’s probably more important - they were created simply by always thinking outside of the box.

These guys have a very bright future ahead of them, we just hope they won’t get spoiled by money and fame.