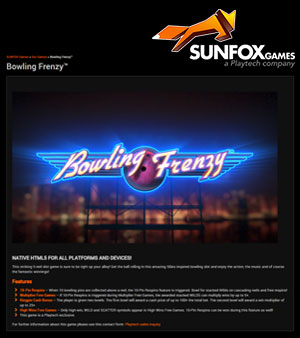 Sunfox Games first started in 2011, so it isn’t exactly a veteran of the online casino software scene. It is a brainchild of a dedicated team of gaming and graphics experts and enthusiasts and they hail from Austria.

The industry has become incredibly diverse, so you don’t have to be a giant to get noticed anymore. A small developer such as Sunfox Games has its chance now, but only if it offers top quality products and as such it grabs the attention of players and licensees alike.

These guys aim to set some new standards when innovation, production values, and player excitement are concerned, and so far, they’ve been doing really good.

Also, it is good to know that they operate under licenses issued by the UK Gambling Commission and Alderney Gambling Control & Commission. Nothing beats safety, right?

As you’ve probably guessed so far, Sunfox Games isn’t just about game development, and they have a lot more to offer to the online gambling community. They stress that their focus is on quality and not quantity, so that’s why they don’t have an immensely large number of games in their portfolio…

They are always up for a new challenge, so they can offer you turnkey game productions, for starting from scratch. Besides game development, they can also offer game integrations into existing systems, custom game design, reskinning of existing games, technology consulting, and even 3D content production. As you can see the range of products and services is quite vast. 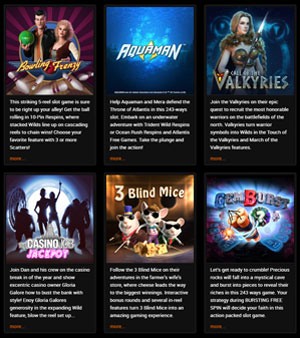 When compared to portfolios of some of the industry leaders, this is a rather tiny one, but it includes some excellently laid out games so let’s check what it’s all about, shall we?

The Glass Slipper is actually a modern video slot reinterpretation of the classic Cinderella tale, Time For A Deal is made up to look like a game show, while the Juicy Booty puts you in the role a pirate captain.

Cash Mix transports you to a beach bar, and Adventures Beyond Wonderland brings a new spin to yet another classic fairy tale.

Satsumo’s Revenge brings martial arts to the table, while Gem Burst requires you to blow up some precious stones. 3 Blind Mice and The Casino Job Jackpot are pretty much self-explanatory.

Their latest titles include Legend Of The Jaguar, Call Of The Valkyries, Aquaman, and Bowling Frenzy.

Sunfox Games might be a relatively new player on the market, but they seem to have caught the attention of many players and venues alike. They offer top notch quality games and are not afraid to think outside the box.

We honestly hope that main and fame won’t spoil them and we predict them some rather bright future.