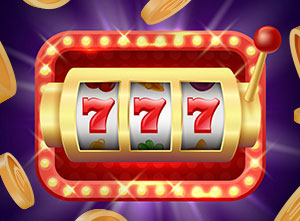 With so many titles launching almost daily, one could ask why would Skyrocket Entertainment slots be any different from the others. Or if they are even unique at all!

The answer can be found at the very core of the company and its vision.

Founded in 2018, the brand is a relatively new kid on the block. Still, that didn’t stop this company to set some HIGH goals – merging the film and gambling industries.

While it might sound overly ambitious, Skyrocket Entertainment software provider has all the right tools to achieve these goals.

Curious to see what they are? Well, let’s take a look at their slots and find out!

From The Big Screen To The Reels

Connection to the film industry is the big draw of this brand. The company aims to get movie rights and transform recognizable media franchises into premium slot games.

Obtaining rights gives the provider the ability to create exact replicas that will appeal to the fans.

Surely, we’ve all seen the slots inspired by a certain movie, book or a video game. However…

…most developers aren’t keen on paying for media rights, so they have to make serious changes to avoid being suited. Such releases usually look like a poor rip-off instead of actual homage to the original.

On the other hand:

Skyrocket Entertainment slots are made in a more comprehensive way. First, the company obtains media rights for a certain product, and then the creating of the game may begin. The bulletproof recipe for making the quality slot to draw in the movie fans to spin some reels.

Rambo, The Expendables, Drive Angry, Olympus Has Fallen, London Has Fallen, and The Legend Of Hercules are just some of the +100 movies with the copyrights obtained by the company.

The first in line was The Expendables Megaways slot, launched in February 20, 2020, as a result of the partnership between the brand and Stakelogic.

When it comes to the game section...

…it is neither wide nor diverse. At the time of this writing, there is a total of 11 slot titles, and that’s about it. However, the available releases come with top-notch graphics and animation. Each of them represents different popular movie releases, and that’s their biggest allure.

Movie buffs who like to spin some reels from time to time will likely try their luck with a release inspired by their favorite film, rather than playing some classic slot machine with a common theme. And if the game reflects all the main features from their beloved movies, the chances of them playing it again are higher.

…table and live casino lovers will have to go to other providers for the releases that suit their preferences, since Skyrocket is dedicated to slots. But that might change in the future, due to the message on the company’s website that states:

It will be nice to see that the brand stays true to this statement and incorporates these types of games into its portfolio.

Slots you can try outcome in demo versions as well, and include the following titles:

Not All Games Are Movie Themed

As you can notice, not all of the mentioned titles reflect media spectacles. This is because the majority of the games were developed by The Games Company. After the acquisition in September 2019, Skyrocket obtained 100% of the developer’s shares and access to its portfolio. The whole team with the co-founder of The Games Company, Hans Winkelmann, from then on is dedicated to revitalizing the business operations strategy of the Skyrocket.

Codename Diablo Suit Maker and The Last Drop Golden Grenade are the first titles released after the acquisition and a good pointer for the direction in which the company tends to go.

You can have the best casino game in the world, with the highest payouts, but it doesn’t mean much if it isn’t accessible. These days, most people rely on their smartphones for many things, including entertainment. Games that are only suitable for desktops are most likely doomed to fail, no matter what they offer.

This company is quite aware of this fact, and that’s why their games are also available at mobile casinos in full glory. All the special features and superb graphics are just a click away, regardless of what mobile device you’re using since its compatible for both Android and iOS platforms.

This is one of the casino software providers with a lot of potential. Mostly due to its connection to the film industry and dedication to merge it with the gambling sector. With so many media rights up its sleeves, it has the opportunity to put together some amazing games which will reach a wide audience of slot players.

The titles currently available present a bit simple gameplay that doesn’t quite follow their stated mission to revolutionize the gaming scene. There are engaging visuals and animation, but when it comes to gameplay – not so much.

It would be wrong to judge in advance the company that is relatively new - compared to some renowned iGaming veterans - and tries to find its spot in a very competitive market.

While simpler, Skyrocket Entertainment slots are still certainly worth a spin. True, some refinement is in order, but the brand has a solid foundation to create memorable slots and innovate their portfolio in accordance with the latest industry trends.

We hope to see them reach their potential in the near future.