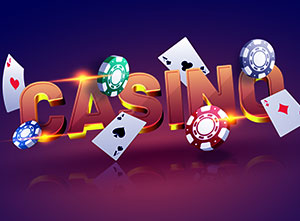 It merges the movie industry AND the gambling sector. What’s not to like?

The results are more immersive and engaging games inspired by popular films and multimedia. By working closely with media rights owners…

…the company creates new revenue streams by transforming the content into real money gaming experiences and distributing these through its worldwide network of leading platform operators.

While it’s relatively fresh on the gaming market, compared to other veteran providers…

… the brand has made quite an impact and a name for itself. Even though its portfolio currently counts only ten titles including Hippie Chicks, Cash Cowboy and Super 7 Wilds, they have become very popular amongst players in a very short time after the inception.

The games by this provider are available in the UK and markets regulated by one other prominent regulator in the iGaming industry - the Gibraltar Regulatory Authority.

Media Rights As The Selling Feature

The connection to the film industry is precisely what makes this provider stand out among numerous software developers on the gaming market. By obtaining the rights to popular film and other media franchises, this brand tends to use them in creating themed and branded slots.

Games revolving around recognizable aspects of pop culture tend to be very popular with slots enthusiasts. These types of releases also are converting fans of media franchises over to playing slot games...

…so, it’s NO wonder why this provider has focused all its efforts towards this segment.

With such a wide collection of media rights, the brand can meet the needs of many online operators looking to expand target audiences.

Among over 100 titles waiting to be converted into game products are:

The significant expansion of the brand operations occurred after the successful completion acquisition of The Games Company in September 2019.

By the words of the Skyrocket’s CEO, Sean O’Kelly, it was a major milestone for Skyrocket.

“TGC has a proven track record for developing and rolling out online games – it also has a pipeline of new integration opportunities and partnerships with online gaming operators, so it’s primed to expand recurring revenue”, said O’Kelly at the time.

He also added that the entire company is looking forward to cooperating with the developer’s team in order to integrate Skyrocket’s brands.

Since the very idea of the company is to “fill the market gap” by creating versions of iconic Hollywood movies applicable to the global gaming and social gaming sector, it's no wonder why the acquisition of such a reputable brand as The Games Company was an important step in the developer’s development.

For the time being, the company’s line of products is based on online casino games, primarily internet slots machines. The portfolio of games includes 9 games that the brand acquired after the TGA deal, and new titles that have become the talk of the town right after their release - Codename Diablo SuitMaker and The Last Drop Golden Grenade.

Some of the most popular titles are:

Based on a great independent girl action spy film and the action pack games, Codename Diablo Suite-maker is delivered through the Betconstruct Network.

With over 100 media rights in its arsenal, the provider has big plans for future releases. While the game portfolio is still very modest, the quality of the games is at the highest level.

They are available at partner’s platforms and suitable to play on the go. Since the brand listens to demands of the market carefully, all of its releases are completely mobile-friendly, and compatible with both iOS and Android operating systems.

The Brand Expands Its Reach Trough Partnership With Industry Leaders

The potential that media rights can bring didn’t go unnoticed by the providers that rule the gambling industry. Collaboration is very important for newcomers in this fiercely competitive field, so making the right alliances is crucial.

In November 2019, the partnership between SkyRocket and Revolver Gaming was forged. Thanks to the content deal, Revolver will have access to the entirety of the brand portfolio in the future and vice versa.

Richard Clarke, Skyrocket COO, commented that the company is very excited to be a part of Revolver Gaming. Not just due to the Revolver’s solid reputation for quality and innovation, but also because this collaboration will significantly help broaden the brand’s reach in delivering exciting and standout content for new players to enjoy.

Ryan Lazarus, Revolver CEO, has a similar view on the partnership:

“We look forward to bringing Skyrocket onboard our new aggregator platform and believe their advantage in branded content will provide a boost for our existing portfolio offering to operator partners. This relationship being reciprocal, we are delighted that Skyrocket will be integrating our content for distribution to their network. This is truly a win-win partnership!”

2020 was marked with yet another partnership with Stakelogic. By the agreement signed on January 2020, the slot game development studio will launch a series of branded titles after partnering up with Skyrocket.

Stakelogic will also design and develop a run of slots games based around popular film franchises including “The Expendables”, “Rambo” and “Hercules”. The developer announced that the first slot to launch as a result of this cooperation will be “The Expendables Megaways™” scheduled to be released on 20th February 2020.

Movie industry is one of the most lucrative in the world, and fans love to see their favorite releases turned into games. SkyRocket Entertainment recognized this trend and decided to give players what they want:

While the brand’s progress might be deemed as slow, they have big plans for the future and we look forward to seeing these visions come to fruition.