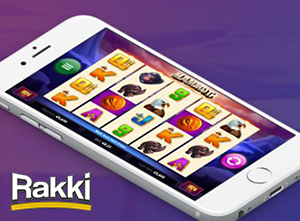 Established in 2017, Rakki Software hails from Willemstad, Curacao. As a relatively fresh developer on the market, this company has produced six games until 2021. The provider focuses on the quality of games by distributing them via in-house developed HTML5 framework, supporting over a dozen languages and all major currencies, including Bitcoin and other popular crypto tokens.

Each title is designed with full transparency and bears the “provably fair” seal of iTech Labs, the world’s leading accredited testing laboratory for the certification and quality assurance of online gaming systems.

What Makes Rakki Slots So Special?

Despite a very small portfolio at the time of writing this software review, Rakki slots enjoy high playability rates at various online casinos. The studio’s graphics and design skills look promising, providing an entertaining experience across all platforms and devices. Each title is packed with extra features beside their ability to trigger simple line wins and keep the base play quite exciting.

Designed for iOS or Android-based smartphones, tablets and desktop computers, the company’s portfolio is available to a vast audience and in different currencies. On top of that, each slot can be played in miliBits or other crypto denominations. For the reference, this might well be one of Rakki’s most important selling points.

The most popular title from this provider is called Satoshi Slot, released in 2018. There is an upgraded version too, named Satoshi Slot+ and published in 2019, while Candy World, Mammoth, Golden 888 Dragon and Super Lucky Cards Deluxe are also on that list.

What distinguishes Rakki Software from other up-and-coming game studios in the iGaming industry is seal of approval by a third-party company, called iTech Labs. Thanks to quality assurance, players can check each played round by themselves. This is called the Provably Fair feature and it is present in all of the afore-mentioned slots.

With an iTech Labs certified RNG and a provably fair seal, games from this software vendor are transparent and offer a higher quality than some European licensed aggregators.

What Features Do Rakki Slots Have?

The best thing about Rakki slots is RTP, usually seeding at around 96% or more, which is above the industry average.