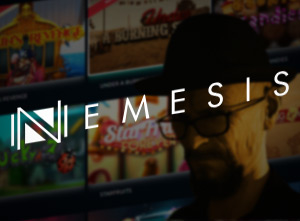 Formed from 2017 to 2018 by an enthusiastic crew of professional iGamers with undiminished passion to revolutionize the entertainment industry, Nemesis Games Studio represents a rising star of the industry, ready to deliver out of the box solutions in the field of design and development.

Establishing its name as one of the leading creative content studios from Timisoara, a city in western Romania, the gaming house now specializes in creating appealing slot machines and it also makes regular updates to the portfolio by releasing exceptionally stimulating titles, enhanced by various technologies to deliver innovation to every customer, iGaming platform, casino or aggregator.

So far, the company has some 17+ games in its rapidly growing catalog, where each one is certified for international safety standards by iTech Labs.

As described by the studio, creating slot machines at Nemesis Games occurs in several steps, such as idea making and paper sketches. Next, it’s all about making 2D and 3D models while game engineers do their research to evolve new, original concepts and give birth to a refreshing story.

What follows, is further planning and analyzing of the project’s potential, as well as continuous development of avatars, characters, environments and backend technology.

Nemesis offers its partners an option to integrate the entire portfolio through a specific API before advertising, since the last step usually involves the full-stack launch and presentation of what players can expect while discovering new, interesting payout schemes, cutting-edge winning patterns and accompanying mechanics. 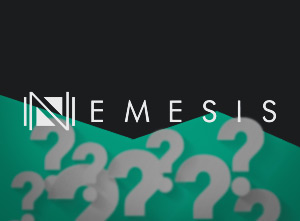 Until October 2021, the Romanian software provider published some 17 slots, each exhibiting a different theme and a set of features to answer the growing demand for innovation on the iGaming market. Among the most popular products in its library are Gods of Time and Legacy of Vlad, mobile-first slots packed with action and mythical elements.

Despite their remarkable performance on the market, Nemesis GS soon launched more impressive titles with a rich diversity of themes, such as Heisenberg, Star Fruits Forever, Creepy Circus, Under a Burning Sky, Jungle Party, Aliens & Mushrooms and so forth.

On a similar note, other releases draw inspiration from Wild West, Arabian Nights, piracy and Vegas, offering a variety of colorful symbol, characters, stories and symbols in general. Among the perfect examples are Wrath of Ymir and Lucky 7, arcades inspired by giants from Nordic legends and a fantasy world full of four-leaf clovers and mini games.

What Features Can Players Expect?

Nemesis Games Studio offers its players a way to discover a totally new and advanced selection of features. Aside from the usual set of attractions such as free spins, customers can expect to see extra free spins modes, gamble feature, multipliers, multiple wilds combinations, MelodyReels and fast play, but it doesn’t end there.

Some games come with bonus pick, collector increase, wheel of fortune, pick a card level or shoot the balloons challenge. It only depends on what the players like.