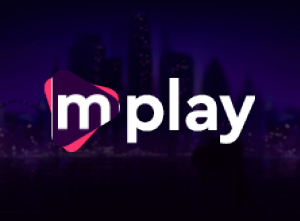 Aiming to gain the reputation of a leading provider of premium online casino games, mPlay quickly became recognized for its India-oriented content. Utilizing cutting-edge HTML5 technology, the producer incorporates lots of interactive components into its products. Its catalog hosts a variety of slot adventures, but a couple of card games that are typical for this region of Asia such as Teen Patti and Andar Bahar.

Immediately upon announcing in presence, the creative gang of suppliers joined forces with some of the leading companies in the industry. Those are Solid Gaming, SoftSwiss, Slotegrator, along with some top-notch operators such as Parimatch, 10Cric, and Dafabet, with more to come soon.

Keep reading for more info on mPlay’s slots and other genres the studio offers!

Let’s start with Bollywood Stars, which pays tribute to the film-making industry. Aside from movie stars, the set of symbols includes an Oscar statuette, movie clapboard, and many other interesting props. This title is home to a variety of Wilds, such as Random Wilds, Contagious Wilds, Wild Win Multiplier, and Stacked Wilds. There are other interesting features as well, in charge of granting bonus spins.

Then there’s Diwali Dhamaka, celebrating India’s festival of lights, a holiday which is observed by more than a billion people. Two colorful symbols of fireworks named HV1 and HV2 can initiate the respin feature and boost the winning potential of the game.

Fans of sports can check out Indian T20 League. What makes this release particularly interesting is the possibility to select a team that will show up on reels. The options include Kolkata Bengal Tigers, Bangalore Bulls, Chennai Cheetahs, Delhi Dons, Hyderabad Hawks, Mumbai Blasters, Rajasthan Regals, and Punjab Panthers.

Other than those India-focused releases, mPlay’s library displays a couple of slots with universal themes. Those are Tropical Birds, Mystic Magician, Wild West Mystery, Crorepati Challenge (a slot paying tribute to “Who Wants to Be a Millionaire”), and Cosmic Jewels. All of the slot titles found in the supplier’s collection are perfectly illustrated, showing a high level of attention to detail and atmosphere.

Other Games from mplay’s Portfolio

On top of one-armed bandits, the provider displays products from other genres, offering a couple of card and dice games that are extremely popular in India.

To start with, there’s Andar Bahar, a game of chance played with a single deck of cards. Andar represents one pile of cards positioned left, while the Bahar refers to those accommodated right. Then, there’s Teen Patti, also a card game widely played throughout South Asia. Known as “flash” or “flush”, this one resembles rummy and other poker games a lot.

Furthermore, there’s Jhandi Munda, a game of chance played with 6 dice with 6 symbols- Spade, Club, Diamond, Face, Heart, and Flag. Plus, there’s Satta Matka, a form of lottery drawing origins from the period before the Independence of India.

In addition to all the mentioned adventures, there are classics such as Dragon Tiger, Sic Bo, Double Up, and Ludo. Fans of non-conventional casino games can also check out Snakes and Ladders. Altogether, the studio did a great job in optimizing its offering for international clientele.