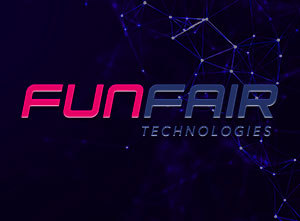 Announcing its presence in 2017, FunFair Technologies quickly became a leading brand in the development of blockchain-powered solutions. Relying on the immense potential of this innovative technology, the company designed a whole spectrum of services, including intuitive platform and diversity of content.

By taking Ethereum as the cryptocurrency of choice, they minimize the possibilities for fraud, third party interference, and similar misdeeds. Besides English, their platform is also optimized in Japanese, as this is the market with the best regulatory framework regarding crypto-assets.

How to describe their games?

Modern, engaging, action-packed are just some of the compliments their content deserves. Coupled with blockchain-powered technology, they undoubtedly cater to the needs of nowadays players.

Let’s take a closer look at this forward-thinking games and solutions provider.

There are studios that opt for a single type of games, while others like to push the limits and explore versatile categories. FF belongs to the latter ones.

As for the timeless classics…

What about slots, do they produce them at all?

Of course, FF has them as well, and it’s one of the most diversified parts of their library. So far, they’ve introduced the following titles Fate of Thrones, Bounty of the High Seas, Treasures from the Crypto, Alice Cooper: School’s out for Summer, Cyber Hunter 2080, and Astro Wilds. 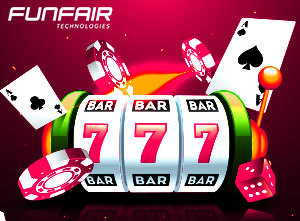 Having in mind that the company utilizes cutting-edge technology, it’s more or less expected that all of their games will be filled with modern vibrations.

Wrapped up in an immersive design…

…amazing graphics and powerful features, they all represent well-rounded stories packed with plenty of action. Some of them literally rock the stage with its awesome soundtrack, like Alice Cooper. The others take punters to a journey into a distant future or explore the deep mysteries of the sea and more.

All in all, FunFair has no limits when it comes to topics, features, stories, as their ultimate goal is to treat players with superb gaming experience. Funny and fair games along with the secure and convenient transactions are qualities what matters to punters the most- and they have them all.

The first demo had its premiere in Q2 2017 and was quickly followed by the addition of casino classics. As their popularity grew at the speed of light, 2018 brought multiple strategic agreements.

April was marked with the partnership with Spike Games…

What is it that enables this team to grow so fast?

Besides cutting-edge platform and top-quality games, it’s a carefully chosen set of core values. While respecting individuality, FunFair works as one team, united by the same ideas and vision. They work hard to produce fair games and build respect, but have fun while creating. As innovation is what drives the player’s interest, they will never settle, but always move forward and think differently.