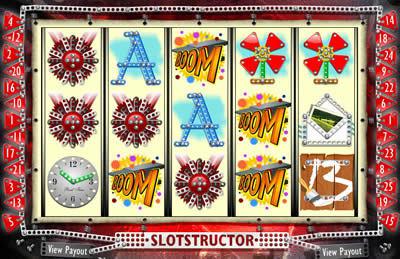 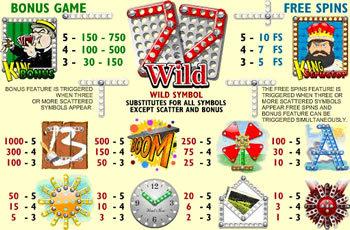 Slotstructor slots have 5-reels and 25-lines, with bonus features, wilds, and free spins. Plus it doesnt mess around when it comes to coin values, powered by Top Game software.

Im not sure if Slotstructor was named after a Constructor, and Instructor, or a King Structor-either way this 5 reel 25 payline video slot is creating a name for itself.

And speaking of coin values, Slotstructor slots pay out 1000 coins if you can get 5 of the Painted 13 symbols on payline (lucky you), 500 coins if you get 5 Boom symbols, and 250 coins if you spin 5 Red Windmills on a line.

Also be on the lookout for the artfully constructed A, the Sun, the Clock (which seems to show up and on time), the Envelope, and the Red Flower, which all pay out starting with three on a payline and playing left to right on the reels.

Has coin sizes ranging from $0.01 to $5, which makes your minimum bet $0.01 on one payline and your maximum bet $125 when youre hitting it with all the wrenches.

Keep in mind the scatter play and get ready to have fun-this kooky online slot game will keep you entertained for a while.

You will notice while playing Slotsructor slot game, that many of the symbols will show up in pairs or fill the whole reel in some cases. This makes the game much more enjoyable and somewhat intoxicating, where you will want to keep playing for the larger payouts.

The King Structor and King Bonus symbols are the Scatters.

The Slotstructor Bonus Feature is triggered when 3 or more King Bonus symbols appear randomly on your screen. The more King Bonuses that show up, the higher your prize:

Keep in mind, while both King scatters rule in harmony, they only pay out one at a time; if triggered simultaneously the bonus game will start first followed by free spins.

Overall, this was an enjoyable game to play--the music was pleasant, the graphics were entertaining. And while the reels can go for quite a spell without a drop in the bucket, there are enough opportunities for a good payout that its worth it to keep em spinning.

Play Slotstructor slots, but first, break out your wrenches and screwdrivers, then have a blast at constructing extra coins! 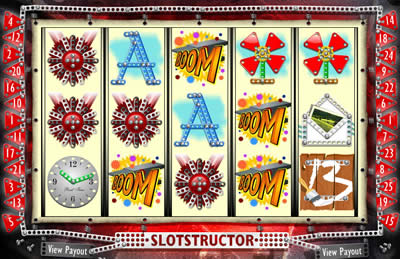