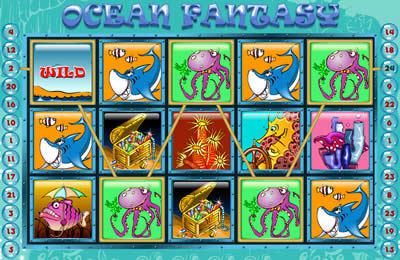 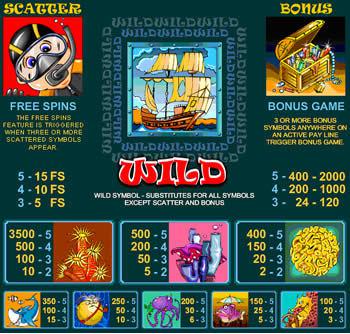 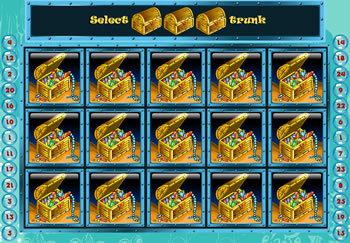 Ocean Fantasy slots are a 5 reel 25 payline video slot game, with scatters, free spins, bonuses, and wilds, and soothes you with its slow-spinning wheels, water sounds, and relaxing music.

There are plenty of things swimming in the Ocean Fantasy slot game and its Top Game software makes sure it feels like you're in the game.

If it werent for the higher payouts in Ocean Fantasy online slots, youd think you were dreaming (and even then, youre allowed).

This game felt a bit like fishing; it waits until you think you need to try out another spot, and then it starts biting like mad.

There are schools of other Ocean Fantasy symbols, including:

Youll need at least three of those to start reeling in the winnings.

The Snorkel Diver symbol is the Scatter symbol.

Three or more Diver scatters anywhere on the reels will trigger the free spins:

The Treasure Chest symbol is the Bonus symbol.

The Bonus Feature is triggered when three or more Treasure Chest symbols appear randomly onto your screen:

If youve been aching for an island getaway, now is your chance to go. Grab your snorkel and gear, put on your fins, and play Ocean Fantasy online slots. 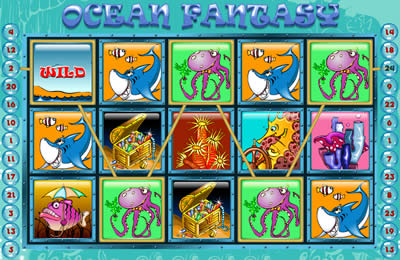