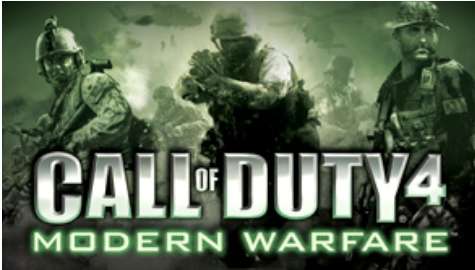 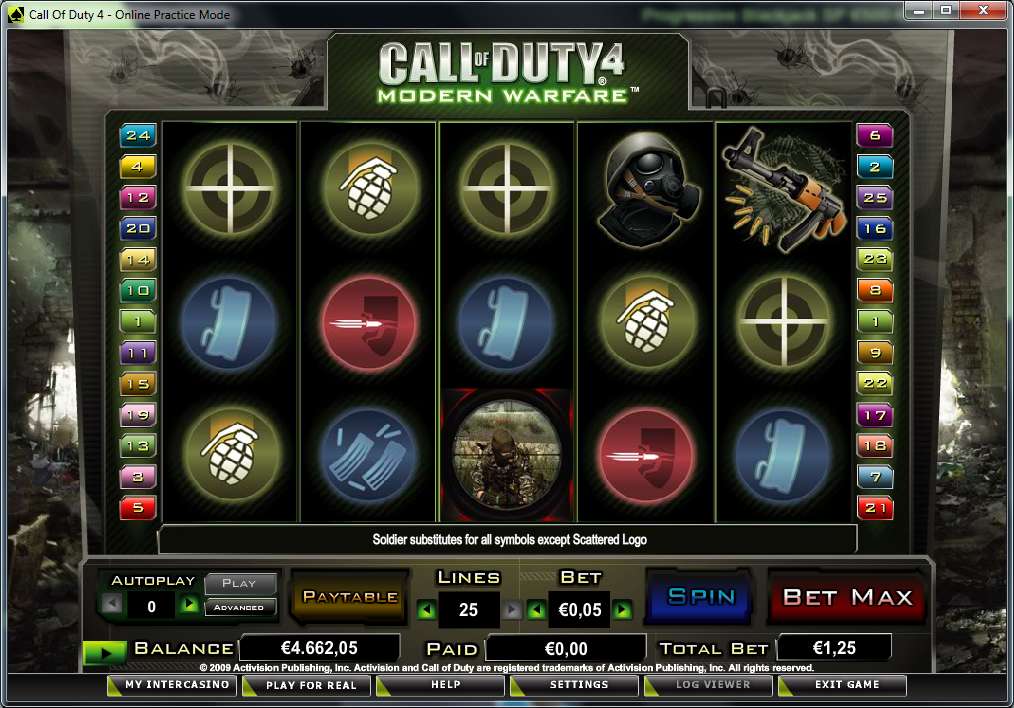 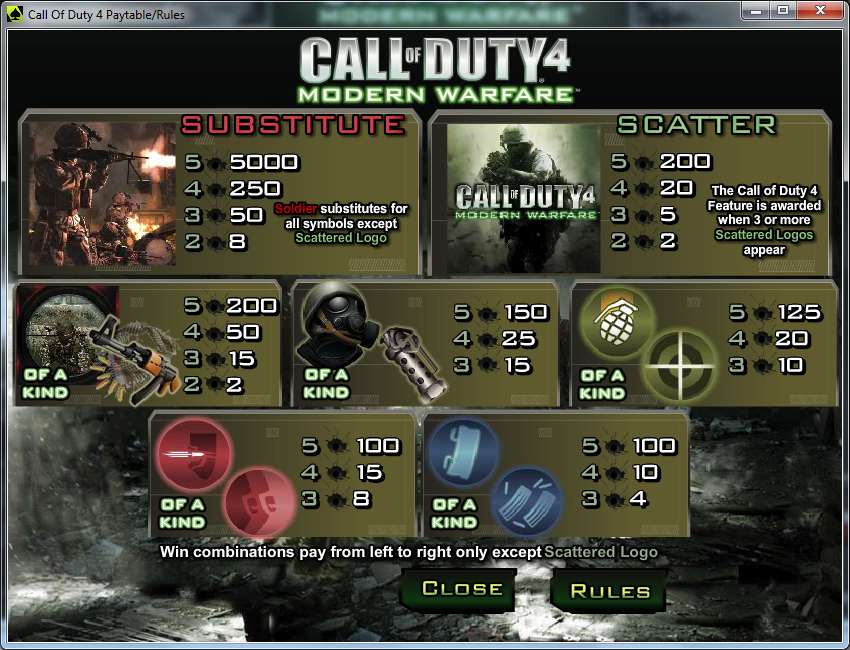 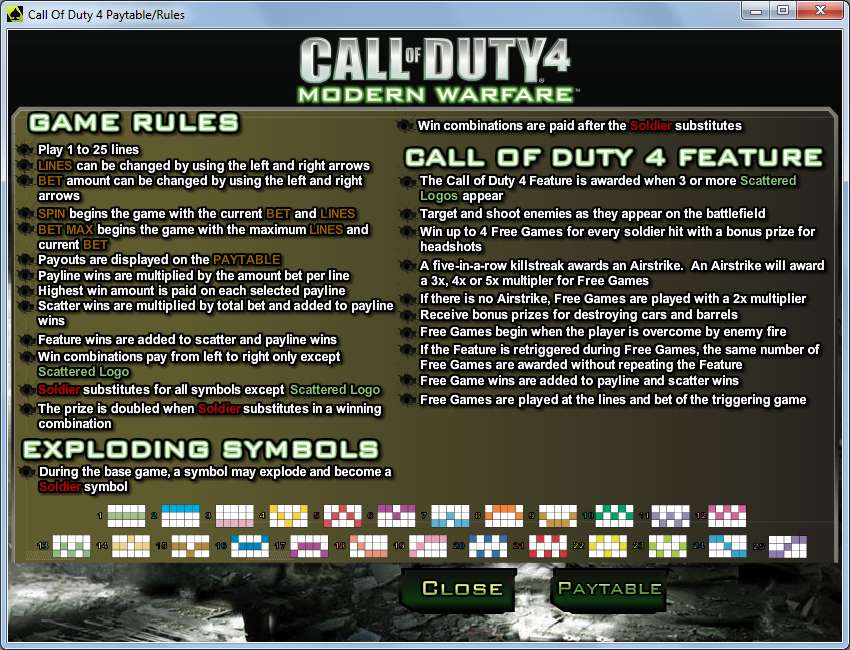 Piloted by Cryptologic software, Call of Duty 4 Modern Warfare slots is full of explosives and exploding wilds, bonus round towards free spins, scatters, and a jackpot worth 5,000 coins in its 5 reels and 25 pay-lines.

You certainly have plenty of coin sizes to choose from in this game; anything from 0.01 to 10.00 credits. You can play one coin per line, and you’ll also be able to vary the number of lines you play from 1 to 25.

Call of Duty 4 Modern Warfare slots is straightforward and will tell you exactly what your total bet is, not just the number of coins you're laying down.

Payouts will be from left to right except for Logo scatters, which may pay anywhere on the reels.

Magazines, Grenades, and Clips, oh my! You’ll have all the ammunition you need to fortify your winnings in this video slot.

The graphics are clear and the animations are worthy of your attention; there are plenty of ways to earn your keep with this game!

Every once in a while a grenade will roll onto the screen or a soldier will run in to set a bomb on the reels.

Once it goes off, one of the symbols on the reels will turn into a Soldier wild; just hope it activates a payline while it's there!

I can’t think of a better way to blow off work steam.

The Call of Duty 4 Modern Warfare slots game is full of surprises, is appreciably unpredictable, and pays out just often enough to keep you pressing the "spin" button!

This game is no longer available.