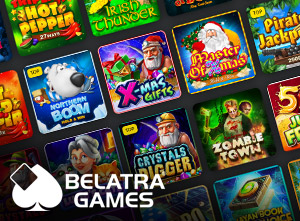 Belatra Games is primarily a producer of electronic entertainment equipment and operating systems. That’s one way of saying they are a land-based casino producer, who mainly deals with terminals. They’ve been doing thi for decades, so they’re pretty well entrenched as one of the top producers for their chosen markets. But how does that translate into online casino gaming? The company has taken some steps into that direction, but have they gone far enough, or are they lagging behind everyone else?

Truthfully, their games do have quite a few qualities going for them, but their presence online is very lacking. Luckily, it’s a growing business for them so we are going to see more and more of their hit games available with time. Now, if you’re thinking these games would be outdated, you’d be dead wrong. Though such thinking might have been justified in decades past, these games are pretty high-quality, whether playing on land or online.

There are some titles and themes that seem to be pretty much Belatra’s own doing, such as the Lucky Drink series, a series of online slots of what appears to be a drunk British tourist in various locations. The style for most of these games is likewise pretty unique, reminiscent of old comics and caricatures. Not all the games are set in this same manner, with other opting for a more authentic feel, such as Blue Beard which settles for a bit more sombre and grim reality of pirating on the high seas.

Overall, you’ll find that it’s a pretty massive set of different themes, with several different graphical styles to accompany them. There are also a fair few older slots that are sure to deliver a bit of nostalgia. Later titles have put a lot more effort on audio effects and animations too. With the number of online slots available you can easily find something that speaks to you. But more importantly, let’s take a look at the features and payouts available. 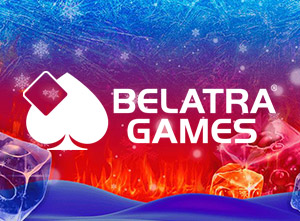 If you look at the most popular games from Belatra, some common characteristics appear. The most popular games like Mix Fruits, Jewels, Lucky Bank Robbers, Hungry Caterpillars, and The Elusive Gonzales all use paylines. And that seems to be the case for the rest of the slots too. You will find some variation in the number of paylines, but it’s quite clear that the five reels of three symbols each are accompanied by ten to forty paylines.

When it comes to features players get to chase after some bonus spins, or spin their way into fixed jackpots. Due to the influence of classics, you can expect to find the gamble option for doubling up any win. Sometimes you will also run into different wilds and their modifiers, as well as an elusive extra bonus game here and there. On the whole, it’s a pretty standard set of special features.