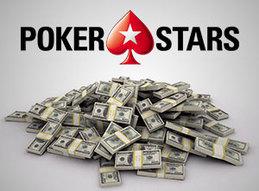 PokerStars has only been offering online casino games for a relatively short time now, but they've shown that they definitely belong with an amazing feat recently. Inside of only 27 days, they made three different players into millionaires at their games. this is a pretty big deal since around $4.2 million was paid out to three players with three big jackpots.

Details on the Jackpot Wins

Two of the big wins came on Millionaires Island, which is an exclusive online slot that you can only find with PokerStars. A total of $2.9 million was paid out in these two jackpots, and both were paid to students in university. It's clear that they can use the money, and we doubt either of them will be graduating with student loan debt. The third was on Genie Jackpots, and it was worth a whooping $1.3 million. These are all very impressive online slot wins from a brand primarily known for poker.

Timing of a Big Payout

As if this story wasn't incredible enough as it is, one of the winners has his own big story. Going by the screen name "pkr_rager," a lucky player from Finland was one of the university students who took down $1.4 million on Millionaires Island. What makes this win so spectacular for him is that it was only the second time he had ever logged into the casino portion, preferring poker the rest of the time.

The other big winner on the same game was a university student from Uraguay, and that prize was worth about $1.5 million.

When the Amaya Gaming Group purchased the Rational Group a few years ago, and along with it PokerStars and Full Tilt Poker, players weren't sure what to think after they announced that they were adding casino games and that they had intentions to add sports betting options. After tons of big wins have been happening on these titles, it's clear that many aren't too worried about it anymore, and it's a great way to take a break from the poker tables. Overall, it's important to note that these aren't the only millionaire winners from 2017 from this casino, and we're sure there will be more to come before the end of the year.