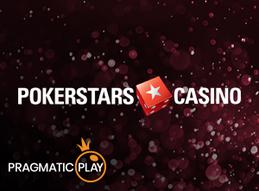 Pragmatic Play, one of the foremost providers of online video slots, has recently signed a deal with PokerStars Casino, which is one of the most widely recognized names in the industry. This new deal comes on the heels of several other partnership deals with major operators across Europe.

Specifics of the Partnership Deal

Following a summer of successes and rapid expansion, Pragmatic Play has made an agreement with PokerStars Casino that will allow all of its players to have full access to the entire portfolio of Pragmatic titles. This includes recent popular releases such as Da Vinci's Treasure, Peking Luck and Madame Destiny. Players will also be able to enjoy well-known titles like Wolf Gold, Queen of Gold and Panther Queen.

This deal will be hugely beneficial to both Pragmatic Play and PokerStars Casino. Pragmatic Play's Chief Business Development Officer, Yossi Barzely, says that, "The commercial arrangement was one of the most significant in the provider's history. We are delighted to have secured a deal with one of the biggest businesses in our industry."

Barzely went on to say that, "The Stars brand has worldwide reach, which will allow playerss across the globe access to Pragmatic Play content. [W]e are looking forward to partnering with PokerStars Casino going forward, as well as producing great new content for them."

Pragmatic Play has quickly become a well-known name in the online gaming industry. They are a leading provider of innovative and reliable games, including slots, scratch cards, live dealer tables, bingo and more. Their portfolio boasts over 100 HTML5 games and more than 100 mobile-focused games.

The company prides itself on designing every title with the intent of delivering an unforgettable experience on desktop and mobile devices. Pragmatic Play's team is dedicated to offering cutting-edge technology, exciting new features and a continuously optimized game library so that customers know they are always getting the best.

Currently, the company has a reach of nearly 80 countries and offers support in 26 languages for the ultimate gaming experience.

PokerStars Casino is under the umbrella of PokerStars.com, which is the biggest online gaming site in the world and one of the largest online poker brands in the entire industry.

In addition to their recent acquisition of the Pragmatic Play catalog, they also offer a host of games from industry giants such as NetEnt, Microgaming, Quickspin and iSoftBet.