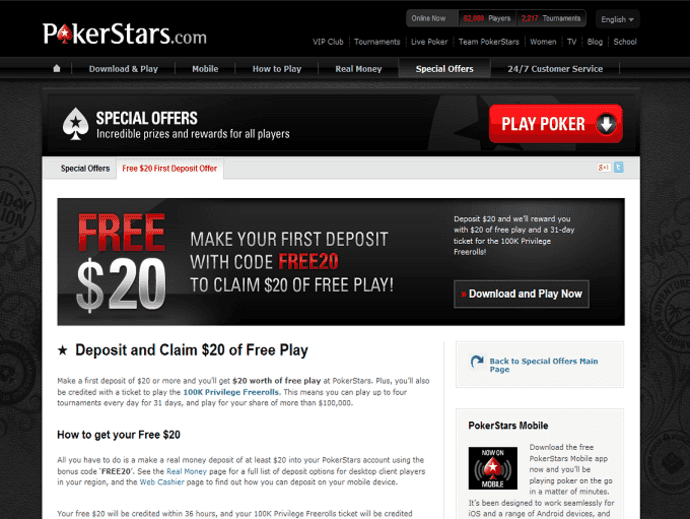 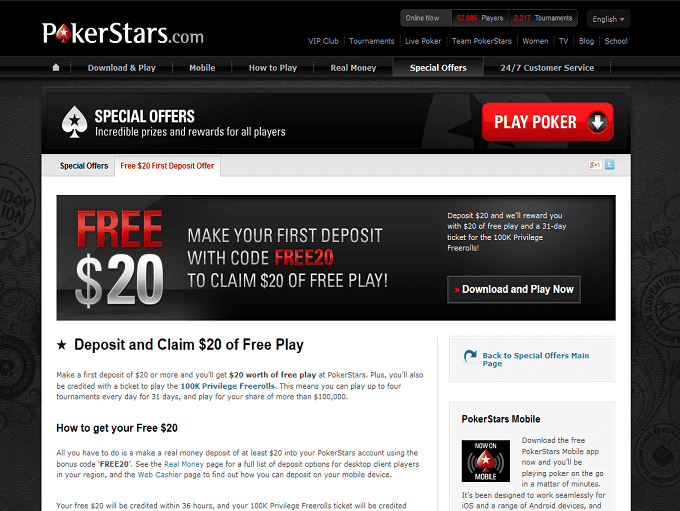 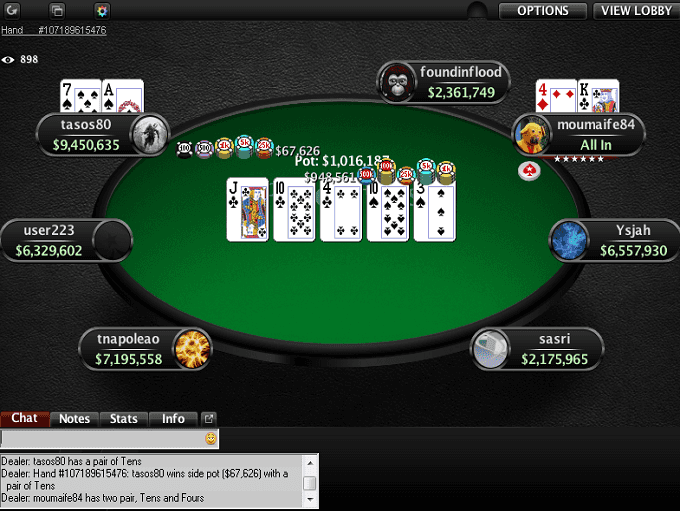 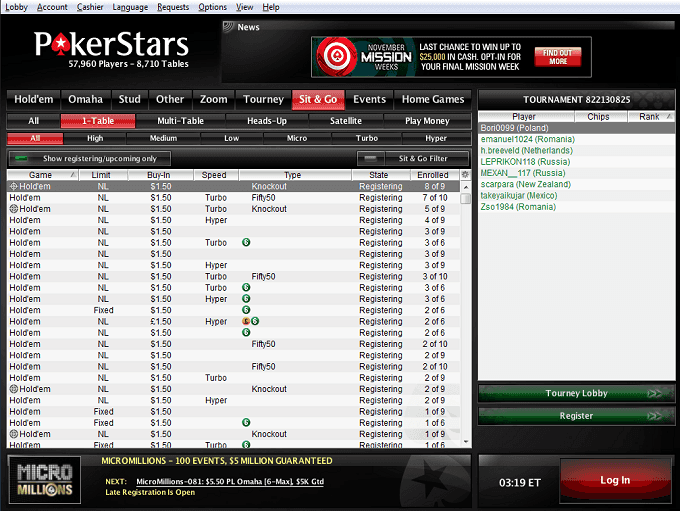 PokerStars Poker, from 2001 to present day, poker player numbers on their site exceed 100k at peak hours and it is the preferred destination of poker enthusiasts. What more is there to say?

No matter what your poison, PokerStars online poker has the cure; with more tables and tournaments than any other online poker site in the world.

Poker Stars online poker does not accept real money play from USA players at this time. But you can still play for free!

Players simply need to register an account, use a bonus code and make a deposit to begin earning the bonus. The bonus will then be released once the player begins to play and collect Base FPP’s (Frequent Player Points).

Players have six months after their first deposit to earn all the FPP’s necessary to cash out their bonus. Existing players are also eligible for reload bonuses on a regular basis!

Along with the PokerStars online poker generous bonus offers, they also offer numerous freeroll and FPP satellite promotions, such as:

Seriously folks; PokerStars Poker offers more promotions than you can shake a stick at.

Players can partake in ring games, satellites tournaments and site tournaments, in Omaha, the crowd favorite Texas Hold'em, Stud and Omaha with fixed limit, pot limit and no limit, plus many other types of card games.

PokerStars has the largest variety of online poker games, more so than anywhere else on the net, and here's the list they show on their main page:

In addition to the most types of poker games, PokerStars online poker also hosts these tournaments:

They also send more players to the WSOP (World Series of Poker) than all the other online poker sites combined!

It’s no surprise why they are the most popular online poker website. Heck, even some of the best-known poker players in the world call PokerStars Poker their home. Champions such as Joe Hachmen and Daniel Negreanu are members of their Team PokerStars along with several other greats.

Last but not least, PokerStars online poker offers one of the best VIP or poker rewards clubs on the Internet.

Players become a VIP from the very moment they start playing for real money. As they play, players will earn points that determine their VIP Club level. The higher their level, the more they are awarded!

Their innovative poker software is Windows and Mac compatible and the software download is free! Please check their site for the complete up-to-date details on promotions and games.

PokerStars is a registered and licensed legal business located in the Isle of Man, British Isles.