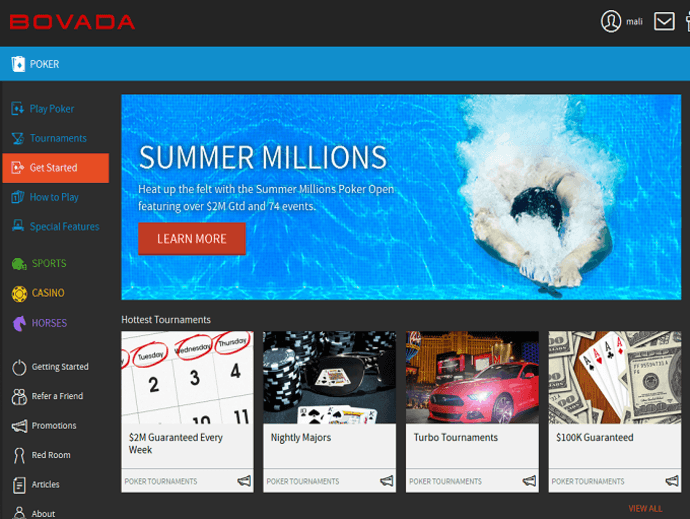 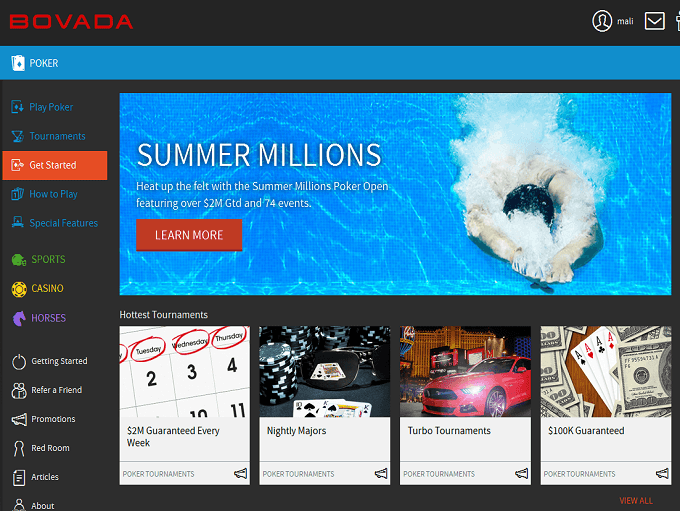 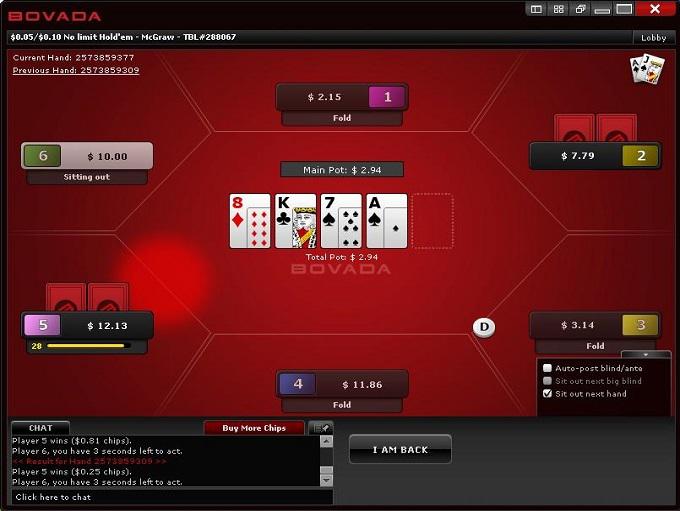 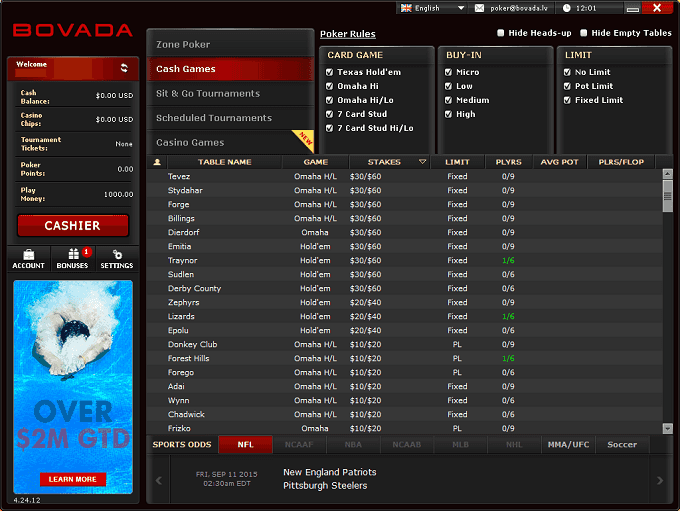 Not many “new” poker rooms like Bovada can boast a consistent turnout of over 35,000 players since its grand appearance in late-December 2011, but then Bovada online poker isn’t really all that new.

If you get the feeling that Bovada poker seems pretty familiar, it’s because it is.

While Bodog Poker may still be available to the rest of the world, Bovada is now the new home for US players looking for their favorite Texas Hold’em, Omaha, and 7-Card Stud online poker games.

Since it’s not technically a “new” poker room, Bovada online poker gets to skip the growing pains that come with growing a player base and getting its name out there.

All US poker players who had a Bodog poker account were automatically transferred over (relatively painlessly) to Bovada poker.

And because of that start-up player base, Bovada maintains high player traffic, solid and competitive tournament turnout, and plenty of high-stake action.

It’s important to note that while US players can only play at Bovada, players from around the world are not excluded—which makes for an even bigger player pool.

On the promotions front, Bovada Poker is making it a priority to grab new players. And if you haven’t created an account, now is the time to grab some unique offers; the latest offers are listed in our poker bonus section.

Almost all deposit match bonuses are paid out gradually, over the course of your play at cash tables and tournaments.

Bovada Poker, like many online poker rooms, has 24/7 tournament play with exclusive tournaments. Like the Black Diamond Poker Open and its $750,000 prize pot, to the weekly $100,000 Guaranteed poker tournament, which features satellite buy-ins for as little as $1!

It’s no wonder Bovada Poker pulls in such a lovely player retention rate.

For better or worse, Bovada online poker remains on the Bodog poker software, which means you’ll get the benefits of being able to record your statistics, resize a table, and play multiple tables at once; although only up to three at a time (during this review).

You may also enjoy the separate windows for dealer announcements and player chat as well as the “Quick Seat” feature which gets you in and at a table within seconds of logging in.

One of their latest additions is the Anonymous Tables feature, which lets you “start a game fresh each time you sit down.”

Just before Bodog poker changed to Bovada poker, the “Rabbit Cam” was introduced; a feature that allows you to check what your next card would have been after the flop or turn, but before the river:

Some players can argue that there are stronger poker software out there, but they might also concede that the pull of a popular online poker room (with its higher stakes, heightened entertainment value, and consistent player turnout) outweighs any real deficiencies.

Bovada online poker is available in a download version (PC only) as well as a Mac-friendly Flash-based browser version.