PKR.com Players Made Whole by PokerStars 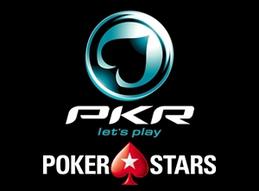 PKR.com players are reminded that PokerStars has covered any losses you may have suffered when the MPN hosted site shut down in May. Players who had money tied up when PKR.com went into administration should have received an email in July telling them what to do. Many who had accounts at both rooms simply made a few clicks after receiving the email, logged on to PokerStars and found their money waiting; some had to have it manually processed. Those who didn't have a PokerStars account simply had to create one to begin the process. Players were able to withdraw the money, or use the funds to play at PokerStars at their discretion.

How to Retrieve Your Funds

If you have not been refunded by PokerStars' generous offer please visit PokerStars' PKR Funds Retrieval: Frequently Asked Questions to learn how to get your funds.

The Microgaming Poker Network suspended PKR on May 3 after PKR informed them they were having financial difficulties. The PKR website was not functional for banking and simply informed players that they had filed for administration.

In a surprise move on July 6, Amaya's Vice President of Corporate Communications,  Eric Hollreiser posted a blog entitled, "Putting Players First" wherein he brought up the specter of Black Friday and spoke of operators' responsibility to keep players' funds safe.

In the blog and a press release issued the same day Hollreiser said: "We will begin contacting the approximately 60,000 affected PKR players today to encourage them to follow emailed instructions that will walk them through a relatively simple process that will result in their PKR funds becoming available in a PokerStars account."

In a section of the blog titled "Protecting your money" Hollreiser said: "The two most fundamental things that a gaming company must do and that some regulators require - is to ensure that your games are fair and your money is safe. The UK Gaming Commission's Basic, Medium and High requirements for fund protection can be viewed here. PokerStars is proud to offer the highest level of protection."

Whatever motives one wishes to ascribe to PokerStars' unprecedented action, the simple fact remains that they had no association with PKR.com and no obligation to make PKR players whole. But they did. If you had money tied up at PKR.com and haven't taken advantage of PokerStars' generous offer, visit PokerStars at the link above to learn how to get your funds.