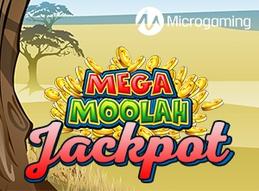 Third Mega Moolah Millionaire in Half a Year

In April, another mobile player won €8 million playing the highly rated game. Microgaming pays all winners of progressive jackpots on the network in a single lump sum payment, so the game has created three millionaires in just 6 months.

The most recent winner is not the first Betway player to become an instant millionaire. The world's largest online slot win in history came to a Betway player via Mega Moolah in 2015 with a jackpot of £13,213,838.68 (€17,879,645.12). The win not only created an instant millionaire, it earned Microgaming a place in the Guinness Book of World Records for the ‘Largest jackpot payout in an online slot machine game’.

The most recent jackpot fell about two years after the record-breaking win in 2015. Betway's Marketing and Operations Director, Anthony Werkman said: "Almost two years to the day that we were celebrating our ‘World Record’ Mega Moolah winner, another Betway customer has joined the millionaire’s club. We send our warmest congratulations to him!"

Microgaming's Games Publisher, David Reynolds had this to say: "Two hits and another instant millionaire made by Mega Moolah in less than a week! Congratulations to Betway and their player on this mega win."