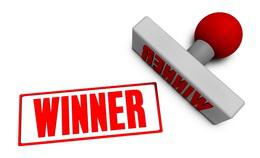 Playtech is no stranger to offering up huge jackpots, but they've recently broken their record for the largest mobile jackpot out there. They did this on Gala Bingo, of all places, when a lucky player from Scotland nailed a €5.89 million payout. This was achieved on a spin worth just €4, and that's a tremendous payout. This win was the largest payout ever on a bingo site powered by Playtech, and it's also the second-largest mobile jackpot that they have ever paid out.

The record for Playtech's mobile games comes from Beach Life, which isn't that surprising considering that it's the largest and most popular progressive jackpot game they've ever produced. That win came in 2012, and it was worth £6.2 million. These are up there with some of the biggest wins ever in the industry, but they're not quite the largest to ever happen in the world. Regardless, they're some of the largest to ever happen for Playtech, which is pretty big in itself considering they've been around for so long.

What Playtech Has to Offer

You can read more about Playtech by clicking here, but the bottom line is that they're one of the oldest online casino software developers in the business. They are responsible for providing the software platform that backs some of the longest-running and most successful operations in the business, and that just goes to show that their product is definitely solid. They have hundreds of games including several progressives in different genres, and these jackpots have led to major wins over the majority of the past two decades.

A lot of people are wondering what Playtech is going to do in 2016 as far as the online casino sector goes. The bottom line is that they haven't been as active with new releases and other innovations for online casinos in the past few years as players would have liked, and it seems like they're focusing more on other sectors of the online gambling industry as well. That's not to say that they're down and out because their history alone still gives them a bit of a following, but they're going to need to ramp things up this year if they want to avoid building up even more negative momentum in this particular market.