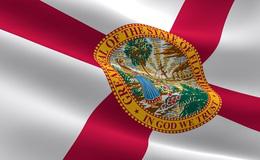 Daily fantasy sports is a particularly interesting issue in Florida because of the timing of the big FanDuel/DraftKings scandal coinciding with Florida ending a gambling pact with native tribes. The pact ending has caused politicians to want to examine gambling as a whole, and with daily fantasy sports being the hot topic that it is today, it's looking like DFS will be a natural part of that examination.

Republican Senator Rob Bradley is the head of the Regulated Industries Committee in the Florida Senate, and he's already been on record saying the daily fantasy sports "looks a lot like sports betting." This already tells us that he's going to be pushing to put daily fantasy sports on the chopping block, and unfortunately for many who enjoy these contests, they're not the first state to do so. A few states have already come out claiming that DFS is against their state laws, and this has caused providers like DraftKings and FanDuel to pull out of those states in response.

If we go way back to a previous Attorney General of Florida, at the time he gave the opinion that betting on fantasy sports wasn't legal under Florida state law, even though there is no clear wording for it. This hasn't been challenged in court yet, but it's worth pointing out that the fact that UIGEA has a carve-out for fantasy sports wouldn't overturn a Florida ruling on the subject. The UIGEA specifically doesn't make any type of betting legal or illegal, something that people in the industry often forget. Instead, it's primarily a banking law concerning illegal transactions.

Where DFS is Heading

What's really interesting right now is that daily fantasy sports, especially now during football season, seems to be following a similar path as online poker did. The only difference is that the governments have been through this before with poker, so the process is speeding up a big with daily fantasy sports. Chances are the some states are going to ban it while others regulate it and others still completely ignore it. What's virtually guaranteed, however, is that it's going to be a legal nightmare to get all of these things sorted out, and the players will surely be the ones to suffer in the big picture while this thing works itself out.