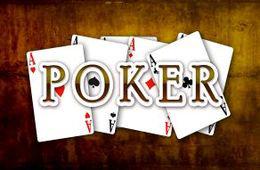 A total field of 2,497 players were in attendance for the World Series of Poker event 57, a $1,000 buy-in no-limit hold'em event. This event used nine-handed tables, the norm for this style of poker, and it was won by Takahiro Nakai. Nakai is 36 years old, and he resides in Osaka, Japan. This was his first trip to Las Vegas, his first time playing in the World Series, his first final table and his first World Series bracelet. Talk about making a lot of firsts at the same time.

One-time bracelet winner Mel Weiner was Nakai's opponent in the heads-up stage of the event. First place would score $399,039, and second would take home $248,034. Neither are small prizes, but this meant that over $150,000 was on the line for the heads-up stage of this tournament. Heads-up play carried on an extra day because it was taking so long, and Nakai started with about 60 percent of the chips in play, and the lead went back and forth during scheduled play. On the extra day, however, Nakai closed it out pretty quickly to take home almost $400,000 in cash and a bracelet for his troubles.

The remaining players on the final table scored some pretty good payouts as well. Third went to Paul Vas Nunes for $175,559, and fourth place was Glenn LaFaye for $126,612. Jonas Lauck came in fifth place for a $92,453 payout, and Robert Piltz received $68,317 for his sixth-place win. David Martinezcano scored $51,103, Frederico Dabus got $38,676 and Barry Schultz was awarded $29,619 for the seventh, eighth and ninth place wins, respectively.

The Nature of These Events

One of the things about the World Series of Poker these days is that there are a lot of "throwaway" no-limit hold'em events. With buy-ins in the range of $1,000 to $2,000 most of the time, these events are mostly just added in for added profit because there's such a demand for them. While it makes sense financially, some people have complained that this has effectively turned it into the "World Series of Hold'em." In 2015, however, they've been much better about adding non-hold'em events to address these complaints.