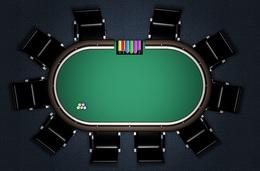 Online poker is really atypical game in terms of how gambling the Internet gambling works as a whole because the maintenance of the player pool is so important. It's natural that the better players are going to win money from those of a lesser skill, but if this happens at too fast of a rate, then it can cause the size of the overall player pool to decline over time. Party Poker is putting in measures to help keep this from happening with a new seating system for cash games.

Poker for the People

Party Poker has come out with an innovative idea for online poker that will have players sign up for seats at cash games with the seats randomly assigned from the pool, and players will not be able to see the screen names of the people they are facing until a hand is dealt. The idea is to prevent certain automated tools from giving skilled players too much of an advantage, and it forces the true advantage in poker to be the deciding factor instead of the advantage in technology and seat selection tools.

To take this to an even greater level, Party Poker is looking to keep players from using database tools like Hold'em Manager and PokerTracker as well. They're no longer going to be saving text-based hand histories on the computers of players. Instead, these hands will only be available through an in-software viewing system. This really shakes one of the foundations of online poker, and it's not clear how well this is going to go over for a lot of the more serious players.

Is This a Good Idea?

Online poker has been in quite a decline for a while. The numbers can tell that to anyone, and the industry has needed a big shakeup for a while. The UIGEA kicked Party Poker out of the number one spot for online poker, and they've been clawing their way back since. It's hard to tell if this is going to be a good idea or not until we see what the effects are, but it's worth noting that other similar efforts from other sites haven't led to very much growth.