Online Poker to Be Discussed for New York 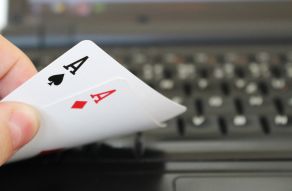 A four-hour session for the Senate Racing, Gaming and Wagering Committee is due in New York to discuss the future of Internet poker in the state. In a session being called "Discussing the Future of Online Poker in New York State," lots of expert witnesses are going to be called to testify and give the state senate something to think about. One of the key individuals due to be called is John Pappas, the executive director of the Poker Players Alliance (PPA for short).

Impact of the Discussions

Before the discussions have even happens, there has been an impact with lots of different groups weighing in. One of the problems that have been brought up is that online poker is only a small piece of the overall online gambling pie, and if you look at neighboring New Jersey, you'll see that less than one-fifth of their total take for the state government for online gambling as a whole comes from Internet poker. On the other hand, MGM Resorts has given estimates that about $110 million each year is being spent on foreign poker sites by players from New York state.

This study by MGM Resorts estimated earnings of $80 million in total taxes, fees and other items in revenues for the state if legalization was to happen. However, we're reminded of the large estimates given before New Jersey regulated their industry and how far the actual revenues fell compared to the estimates.

How This Could Go

The fact of the matter is that online poker regulation and online gambling and general has come to a screeching halt after Delaware, Nevada and New Jersey regulated the industry inside of their own borders. Projections were way off in at least two of those states, and a number of other issues like geo-related ID verification problems have really turned off a lot of states that were considering it. In other states like California, online poker is locked in the middle of a major political battle with native tribes, politicians and businessmen.

Overall, it's too early to tell if there are good chances for success in New York right now. However, what we do know is that any movement for online poker has already hit opposition before the first committee on the subject, so chances are that it's going to be a long, hard ride.