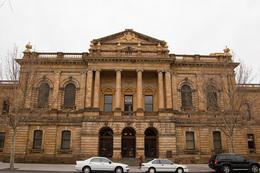 Daily fantasy sports hasn't been doing so well over the past couple of months. After a scandal broke loose when a DraftKings employee used insider information to pull about $300,000 in winnings from FanDuel, they have been under fire from virtually every direction. After New York Attorney General Eric Sniederman pressed a cease-and-desist order on them, they have struck back with individual lawsuits in the Supreme Court of the state of New York.

The Legality of Daily Fantasy Sports

In New York, everything about the legality of anything remotely considered gambling comes down to the argument of skill and chance. Games like online poker have had to deal with situations like this before, and while DFS obviously has a similar level of skill as poker does, some people want to just lump it in with traditional forms of gambling like casino table games. This is ridiculous, and that's what this lawsuit is all about.

The lawsuits that have been filed by DraftKings and FanDuel ask the court to build a declaration about whether daily fantasy sports is legal. They have also asked the court to clarify that DFS is a game of skill and not a game of chance. It'll be incredibly interesting to see how this unfolds because this could be the pivotal point for how DFS is handled from here on out in the United States. A favorable ruling in New York would virtually guarantee the upper ground and advantage since it would have been confirmed that the contests are games of skill.

For the time being, we're all going to have to just sit and wait. It's too early to tell what the New York State Supreme Court is going to do with these lawsuits. What we do know, however, is that Attorney General Eric Sneiderman is going to do everything he can to combat DFS since it gets his name in the news. Other states are definitely going to sit back and watch the results of this ruling, and that's why it's so important. We're at a critical juncture with daily fantasy sports with these lawsuits, and the two largest companies in the business are leading the charge while hoping for the best.