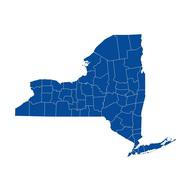 Daily fantasy sports have been having a really hard time over the past couple of months. It started off with a handful of states deciding that the service was against their online gambling and/or sweepstakes laws, and then there was the scandal. This scandal involved a DraftKings employee using inside information to pull six figures in winnings in one weekend at FanDuel. Now they're facing an injunction from the Attorney General of New York, and the court case surrounding it is going to be a critical point for the industry in North America.

The Source of the Issue

Attorney General Eric Schneiderman filed an application for an injunction in mid-November that would force DraftKings and FanDuel out of the New York market. While FanDuel decided to just move along and stop accepting NY players, DraftKings has contested the issue and taken them to court. Judge Manuel Mendez is overseeing the case, and he has already heard arguments from both sides. He's expected to make a decision anytime on this issue.

Schneiderman's argument centers on the idea that daily fantasy sports is predominantly chance-based, and that would make it illegal to play online in the state of New York. DraftKings contends that it's skill-based. The issue between the skill-based and chance-based nature of the game was bound to happen sooner or later, since it's the key criterion used to determine the legality of certain types of wagering in many states. Now it's happening on one of the largest stages in the US District Court for the Southern District of New York.

Implications of the Case

Under New York's rules, something like online slots would clearly be illegal, but playing in a paid chess tournament would be clearly legal. A lot of other games fall somewhere between the two on the spectrum.

This is also a case where the fantasy sports carve-out in the UIGEA doesn't help the daily fantasy companies because state law can still make something illegal if it has a carve-out in that particular act. What this means is that this single court case could be the most important ruling that we've seen so far in the DFS industry, and the decision could impact the entire future of the industry as well since other states will likely follow New York's lead on the skill vs. chance debate.