Effectiveness of the PokerStars Boycott Questioned 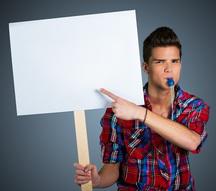 High stakes and high volume players on PokerStars staged a boycott for the first three days of December, and it's not clear how effective it was. While they definitely brought attention to their complaints, the main effect was in the high stakes games, and how much that effects the company or the general player pool is difficult to measure. Overall, it would seem that the timing was poor and that there are too many variables to determine its effectiveness.

The Problem With the Boycott

The key problem with the boycott, at least in terms of showing an impact on the number of players in the games, was that the first three days of December were a part of a big promotion on the online poker giant. Because of this, a lot more players than usual were logged in to play, and this obfuscated the numbers by virtually hiding any impact that the boycott may have had on the total number of players logged in or in the game. To give an idea, they peaked at just under 38,000 active ring game players, which is 65 percent more than last week's peak.

If you analyze last year's numbers for the same promotion, and if you look at high stakes traffic in particular, then it would seem there was some impact. High stakes cash game play was down by about 30 percent on at least one of the three days, and a decline was found for the Super Tuesday $1,050 buy-in tournament that had 13 percent fewer players than usual.

Another difficult problem to deal with is the simple fact that a boycott of strong players makes the games more tempting for other strong players, and this provides an incentive to break the boycott in the first place. In a poker game, keeping the strong players out is just as important as keeping the weak players in, and that's the reality of the situation that they're facing.

So far, Amaya hasn't really made any comments about the boycott, and it doesn't seem like they need to since there was such an increase in traffic as a result of the promotion. If this boycott continues at a future time, however, then it'll be more and more likely that they speak out, probably with some small concession to the problems that the players have.