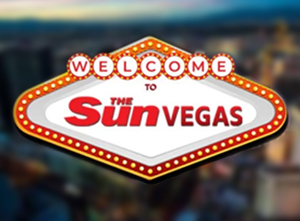 Game developer, Skywind, has struck a new deal that will let it extend its online footprint and make fans out of a new group of punters.

The agreement was inked with leading UK-based operator, The Sun. The operator’s gaming brands, Vegas and Bingo, are operated jointly by Playtech and News UK.

Under the terms, the operator will now gain access to Skywind’s library of games which features more than 200 titles such as Amazon Lady, Double Jungle, Fu Bao Bao, and King of Gods.

UK players, in particular, have to look forward to two upcoming offerings…

…one based on the popular TV show, The Last Kingdom, and another recently released based on the megahit show, Downton Abbey.

“The Sun is one of the world’s most recognizable online bingo brands and we are very proud to offer our premium content to their customers. It shows the variety and adaptability of our portfolio that we can cater to bingo and casino players.”

On the side of the operator…

…Noam Kanfi, the CEO of B2C at Playtech said the company is “constantly looking for high-end content” and how Skywind Group’s games have impressed them. He added that their games will be included in all of the Sun-branded offerings including Sun Bing, Fabulous Bing, and The Sun Vegas which focuses on casino games.

It’s not all agreements with tabloid-branded casinos for the developer as they are dutifully releasing new games to add to their portfolio.

Their most recent new release is Explosion, an offering replete with innovative features and sporting a summery tiki theme.

The innovative features are interesting as one of them, Linked Wins, allowing for identical symbols to be connected to each other even if they’re not adjacent.

Complementing this, there is the Interactive Wild Respin that lets players pick how Wild symbols will behave. Will they lock? Or expand? Only one way to find out.

The company has also been busy on the business front. In June, the company became part of Relax Gaming’s “Powered By” project which means Relax’s operator partners are able to access Skywind games too.

Powered By is how Relax has grown so much in such a short time by partnering with top developers and platform holders.

On that occasion, Mr. Shwartz expressed that Relax is an important strategic partner as the company tries to enter regulated markets at a fast pace.