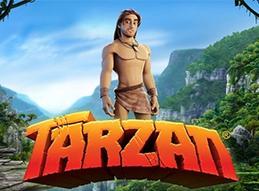 Game developer and casino content provider Microgaming has announced a renewal of a licensing agreement that will let it produce Tarzan-themed gambling products.

The deal with Edgar Rice Burroughs Inc, brokered by Creative Licensing Corporation, is a continuation of a relationship that started in 2016.

Under this new partnership, fans of the iconic character won’t have to wait long for a new video slot based on the property.

One of the supplier’s third-party studios, Fortune Factory, will soon produce a sequel to the previous Tarzan offering.

Me Tarzan, You Microgaming

As one of the most popular characters of 20th century literature and film, Tarzan has been the subject of many adaptations.

Originating from “Tarzan of the Apes,” a novel written by Edgar Rice Burroughs in 1912, the character has attained a cult status in modern culture.

…he is also a gambling hero. The new game in the Tarzan series will have captivating animations and unique sounds and will feature the character prominently.

“We are excited to extend our brand partnership with Edgar Rice Burroughs Inc. to create the next iteration of Tarzan, a timeless character and brand with worldwide appeal. The upcoming game from Fortune Factory Studios will be one of several new branded slots to launch on our platform this year as we continue to diversify, extend and refresh our content offering.”

“Our extended deal will see the creation and launch of a new Tarzan game, which we are confident will build on the character’s successful first outing with the renowned supplier. We look forward to working with the game developer and are excited to see the game come to fruition.”

The new game and its exact title will be announced at the upcoming ICE London expo. This igaming event is one of the biggest of its kind in the world. Over 600 of the most innovative igaming companies are expected to attend and over 35000 visitors will pass through the halls.

For this expo, which will be held from 4th to 6th February, the developer has prepared a lot of offerings. Including a brand new game Wheel of Wishes – a welcome addition to the company’s progressive jackpot network that is one of the largest in the entire industry.

More about the Company

Microgaming developed the first true online casino way back in 1994 and has since been one of the top dogs in the online igaming industry.

Their products include video slots, table games, and other RNG offerings. In addition to producing and publishing games, they also manage and license the Quickfire platform for casino operators.

They are also known for producing branded games such as Jurassic World, Game of Thrones, and others.

Tarzan now joins the list and the exact name and release date of the game will be announced at ICE London 2020.