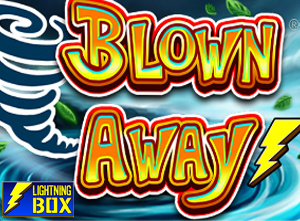 Lightning Box is presenting its latest release - Blown Away slot. The latest addition to the Sydney-based company’s game portfolio will initially be available exclusively at Sky Vegas casino.

This title has quite an interesting theme and backstory. It is set aboard a fishing ship that has been thrown off course. Led by the walrus, the scurvy crew are trying to whip up several big wins to get them back on track.

Maritime music is completing this sea adventure scheduled to go live exclusively with Sky Vegas for two weeks on March 31, before the general release on April 15.

“We’re hoping this newest title will blow players’ socks off, particularly with the tornado respin feature which could boost payouts by up to seven times. We’re also looking forward to seeing how it does with Sky Vegas before going on general release elsewhere.”

Blowing Players Away with Amusing Features

When it comes to special symbols and extra rounds...

...that are adding excitement to the gameplay, as many new slots, this game relies on:

The interesting theme, stunning visuals, excellent graphics and thrilling special features are making this slot very amusing. Better yet, players can enjoy the exciting gameplay via portable devices since the game is completely optimized for mobile casinos and all Android and iOS operated smaller screen gadgets.

...Lightning Box has become one of the most famous names in the gambling industry. A highly experienced team is composed of gaming veterans and some of the best experts in the field. This is why none of the brand’s slots goes unnoticed and becomes an instant hit amongst the players.

The company is supplying both land-based and online casinos with fun and engaging content. Players can encounter the brand’s slots on some of the biggest and most popular gaming platforms such as LeoVegas, Betsson, SkyVegas, PokerStars, Casumo, Mr Green, Ladbrokes, and so forth. Lightening Box has breached many markets including the latest expansion to Canada.