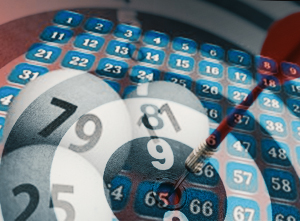 If you look hard enough (and you probably wouldn't have to look too hard), you'll find people who want to peddle some "strategy" for playing keno. Well, one would be hard-pressed to produce something in that vein that wouldn't pass the giggle test. But that's really part of keno's charm - anyone can play, anyone can win. And everyone's pretty much on a level playing field.

Keno is an ideal game for people who have superstitions (like wearing a lucky hat or using a lucky crayon) or who have familiar combinations they like to play (birthdays, social security numbers, room numbers, flight numbers, etc.). They might as well let it fly. That's as good a playing philosophy as any, because there's nothing based in mathematics that is going to increase one's chances of winning.

If there is a "strategy" that's useful, it's to position yourself so that you can get back to that window quickly if you win. You see, you really have to hustle if you've got a winning ticket. You need to get to the booth before the drawing for the next game begins, because if you don't, your ticket will get voided out. And while the game itself doesn't necessarily require rapid-fire decisions, the start of one game normally comes about five minutes after the last one has ended. That's a small window, and maybe that's why they call each game a "race."

Many people like to hang out in the Keno Lounge, where everything is very convenient and close by. For some of them, it's just a nice, quiet respite from the clings, clangs, bells and whistles to be heard in other areas of the casino.

Whatever the motivation, it's not a bad way to stretch out your money and experience some "gaming recreation," even if you're not cashing a winning ticket.