Why is Keno So Popular? 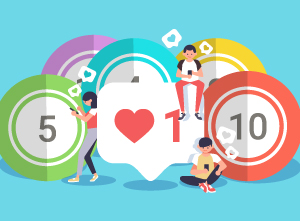 There are people I know who have been going to casinos for years and have never played a keno ticket. On the other hand, I know my share of folks (mostly women) who do nothing BUT play keno. There is no question that keno players, at least partially, fit a certain personality profile. Why is the game so popular with them? Here are some thoughts:

IT CAN BE PLAYED BY YOURSELF

Some people are intimidated or bothered in settings where they have to interact with people. For them, the fun of gambling is almost entirely one of self-gratification, rather than a shared experience with others. This group has been growing in number; part of the reason may be the rise of technology, which indeed encourages and enables people to interact, but under largely impersonal circumstances. Or maybe people just want to be left alone. Whatever the reason, casinos have recognized the trend and have greatly expanded the offerings for people who want to play by themselves. That's why slots have experienced a phenomenal jump in popularity, as have video games like video poker. This, for some people, is the motivation why they play keno. You don't have to talk to anybody if you don't want to. For those folks, the online game is ideal.

NO SKILLS ARE REQUIRED

And when I say this, it's not a knock. I hate to play games, or partake in anything, for that matter, if I don't know how to do it. You'll lose more and more quickly if you haven't taken the time to achieve the skill necessary to compete in games like blackjack or poker, or to a lesser degree, craps and baccarat, which require some knowledge of the rules and methods to reduce the house "edge" in individual situations. Keno is a game of luck; I can't imagine that anyone is any better at it than anyone else. So basically, anyone can win. That's probably a comforting thought for some people.

Of course, this is not to say that there is ever going to be a big payoff. But the barriers to entry are small; you can play keno online for a buck, and sit back while the machine does the work. On the off chance that you win, you can realize a nice payoff. For example, if you hit five out of five numbers on a $1 play, you can win $500  Yes, it's a game for dreamers. But so is the lottery. And unlike casino "table" games like blackjack, poker, roulette, craps and baccarat, which require incremental bankroll-building, keno at least gives you that big shot.