The Origins of Keno 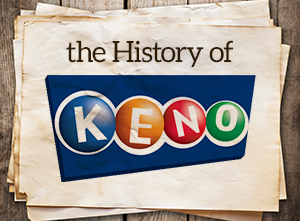 Cheung Leung, a noted military leader or "secretary" and part of the Han Dynasty, introduced the game that later became known as "keno" in China around 187 B.C. At the time he was in the midst of a dilemma - it seemed his citizens were rather uninterested in the war effort, and wished not to contribute to the support of the army. Leung was desperate and saw his city in jeopardy. But being a creature of strategy, he was also an industrious man, and so he undertook to develop a game of chance to peddle to the citizenry, obviously rationalizing that if he couldn't get the money out of them one way, he'd get it out of them another way.

Get it out of them he did. His game was devised as one in which there were 120 characters (which were used instead of numbers) laid out on a sort of "grid," with sub-divisions of eight characters each (this was later changed to ten). The customers then picked characters on the grid and could win if the numbers they picked matched those that were drawn at the central location. There were various increasing payoffs for correctly selecting five all the way up to ten characters. Obviously, it was not a "roller" game for its time. It was ideal for commoners. That was part of its appeal then, as it is now.

The game was a sensation virtually from the start. The army's resources were replenished. The city was saved, or at least sufficiently protected against insurgents. The game served as a model for that which eventually reached across geographical boundaries. And in a sense, Cheung Leung demonstrated himself to be quite the archetype for the practices of future politicians when it came to raising money from the people.