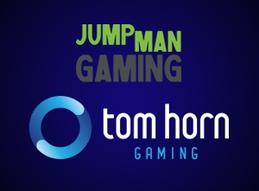 Emerging contender Tom Horn Gaming of Slovakia and Malta has signed a deal with the Channel Island-based Jumpman Gaming of Guernsey that will see Tom Horn supply games to the UK slots and bingo specialist.

Jumpman Gaming is the fastest growing and one of the world's largest B2B and B2C bingo provider and have expanded their platform to deliver slot games over their Wheel of Slots and Jumpman Slots networks. Some of the Tom Horn games to be entered into distribution include Blackbeard’s Quest and Don Juan’s Peppers.

Delighted to Partner With Jumpman Gaming

Tom Horn Gaming CEO, Ondrej Lapides commented on how delighted the company is to partner with Jumpman and continue to cement their position as a leading game provider. He added: "Our UK licence has opened the door for us to work with a number of new igaming companies, and we couldn’t be happier that Jumpman Gaming is one of them," according to a press release distributed by Square in the Air.

A spokesperson for Jumpman Gaming said their company was 'over the moon' to have agreed to a deal with Tom Horn Gaming who has become one of iGaming's most trusted providers. Commenting further, "Their games will be going live in the coming weeks and they are sure to prove popular with players who love the top-quality graphics and sounds on offer, as well as the variety of titles."

Tom Horn Gaming offers a wide-ranging portfolio of titles. The company was recently awarded a license by the UKGC and has been inking deals with leading operators over the last few months. For those visiting ICE 2018 in London, they can be found at stand N7-410 with a bevy of games on display. Their video slots are available across all channels including land terminals, online, and mobile.