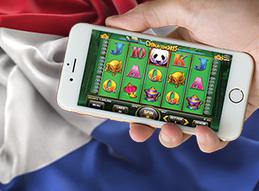 The Dutch top gambling regulator announced that the Netherlands’ new regulated online gambling market won’t take off for another year and a half.

During the Gaming in Holland conference, the chairman of the Kansspelautoriteit (KSA) gaming regulatory body, Rene Jansen, said that the regulator was planning for the country’s new Remote Gambling Act to take effect on July 1, 2020.

The KSA will start accepting online license applications once the Act is made official and the Ministry of Justice and Security has finished putting together all the regulations. Jansen also suggested that the ensuing vetting process will delay the actual launch of Dutch-licensed operators until January 1, 2021.

The Act itself was approved back in February by the Senate and the restructuring of the online market has begun. The Netherlands is an attractive market for international online bookmaking operators. This is due primarily to the popularity of betting in the country, which saw an increase of 20% in betting between 2016 and 2018 compared to the two years prior.

…the chairman invited all future applicants to visit the KSA site and fill out a form stating their intention to apply for a new license and urged them to do so before June 21. Jansen is hoping to avoid any surprises and that’s why he’s presenting this form as a necessary step. He doesn’t want the Netherlands to go through what Sweden’s regulator experienced.

When Sweden announced its plans to liberalize its online market, they expected 60 applications but ended up receiving twice as much which put regulatory staff in a total rush to meet their January 1, 2019 launch target.

While speaking to the attendees at the conference…

…Jansen said that he understands the task ahead is monumental but that the KSA is ready to do whatever it takes to meet the set timelines. They are even ready to hire additional staff to go through the stack of applications and look for the signs of the so-called “cowboy” activity.

The Act stipulates that licenses will be only issued to the online operators that have not “actively” focused their efforts on Dutch punters for a “continuous period of at least two years.”However, the Act is quite vague in certain aspects in regards to this subject.

…the definition of “actively” is not specified well enough and it also doesn’t specify when exactly that two-year timeline commences. Chairman Jansen had no insights to offer to the attendees on these gray areas.