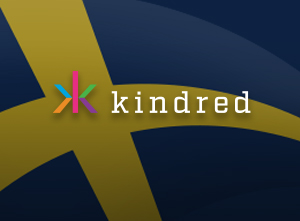 Kindred Group, previously known as Unibet Group, has received their license to operate online in the Swedish market. This comes after their application was accepted and license was granted by the Swedish Gambling Authority, otherwise known as the SGA for short. This means they will be able to start offering their games inside of the country starting on January 1, 2019.

The Importance of This Expansion

This expansion by the Kindred Group is really important because it shows that they are not resting on their laurels and that they are continuing to expand into regulated markets. That's how business growth for these types of operators has to be done in today's industry with so many different segregated markets and regulated jurisdictions. Getting your foot in the door with this type of license opens you up to a lot of players who couldn't enjoy your games or casinos previously.

A Focus on Responsibility

By putting so many protections in for players, both from a compulsive gambling standpoint and from a general safety and security standpoint, they're well-known for being one of the most player-friendly groups in the industry.

Kindred Group focuses on Europe and Australia, and they're certified Safe and Fair by eCOGRA, the most important and most well-respected independent auditing body in the online gambling world. This group is also a part of a number of other bodies like the European Gaming and Betting Association as well a founding member of the ESSA organization for the integrity of sports betting. They're very serious about what they do, and Swedish players will definitely be glad to have them licensed there in 2019.