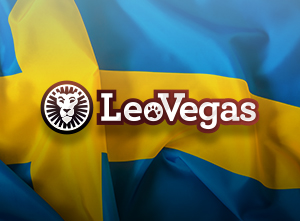 Sweden has been moving along the process of awarding licenses to operate in the country, and LeoVegas has become one of the first names to receive one. We think that's a pretty cool thing for Swedish players because LeoVegas is known for offering a great product and awesome service, so it's no surprise that they were one of the first choices from the Swedish Gambling Authority.

When This License Takes Effect

While they have received their license, that doesn't mean that they can start offering online slots and other games right away. Instead, they will have to wait until January 1, 2019 before they can actually sign any players up and let them get in on the action. The reason for this is that it's the first time they've offered licenses for online gambling, and they want everyone to be able to start off on equal footing instead of having the ones who are licensed first get a head start of a month or more.

The Importance of Regulated Markets

Regulated markets are a result of each country taking the safety and security of their players in the online gambling world into their own hands. The idea is to give players a safe virtual space where they are given access to companies and software that has been vetted so that players aren't put in situations where they have to deal with shady, unvetted companies if they want to enjoy the games.

However, as a result, if companies want to expand strategically, then they have to meet certain requirements to get licensed. Each country has different licensing criteria, and while there is a substantial amount of overlap, there's still a lot that has to be done to meet each individual set of expectations.

LeoVegas is a company known for running some great brands like LeoVegas Casino and Royal Panda Casino. They are listed on the Nasdaq Stockholm, so they clearly have a vested interest in getting in on Swedish licensing. This company has a great past, and it's looking like their future in 2019 will be even brighter.