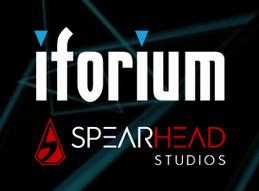 After forming an agreement with iForium, Spearhead Studios has taken what it calls a "significant step" for EveryMatrix's RMG production facility. The brand has announced the rollout of its most recent gaming agreements, with the connection to the casino aggregator provider regarded as providing access across regulated countries for Spearhead. According to the deal, the provider will offer its portfolio of over 90 titles to its list of operators through Gameflex, a platform that has over 14,000 games from more than 140 casino providers from all over the world. The respected brand operates under licenses issued by Greece Authority, the UK Gambling Commission, ONJN in Romania, and the Malta Gaming Authority.

This latest collaboration comes after Spearhead announced its intentions for the Italian online gaming market earlier this week, shortly after it was verified that certification had been obtained in the country!

Mathias Larsson, Managing Director of Spearhead Studios, says: “Signing with iForium is a big step for Spearhead Studios. It gives us access to operators we wouldn’t be able to reach otherwise, strengthening our current positions and introducing us to new regulated markets.”

Phil Parry, CEO of iForium, comments: “I am delighted to confirm this partnership with Mathias and the Spearhead Studios team. They have rapidly built a strong reputation for innovation, quality titles and a growing regulated market presence. The addition of Spearhead Studios to our Gameflex™ platform will bring many exciting opportunities for both of us and I am confident our Operator network will warmly welcome their arrival.”

Spearhead Studios is one of the youngest casino suppliers in the business, and the brand was created by EveryMatrix, a renowned gaming company. The company will expand the business into the broader field of online casino game development and the gaming studio is made up of a large team of talented, creative people, and industry experts who previously worked for GiG, which was also developed by EveryMatrix. The company is headquartered in Spain. It is chaired by industry expert Mathias Larsson, who previously was part of Gaming Innovation Group as a Chief Executive Officer. He has over 10 years of experience in the iGaming industry, especially in the management area.