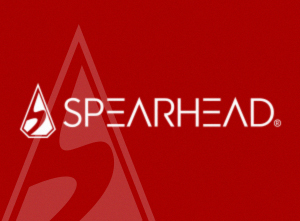 New software brands appear on the global iGaming scene with a great deal of regularity and that’s exactly what keeps our industry at the forefront of modern technologies and innovative solutions. However, unfamiliar names do not necessarily mean absolute rookies gathered together to show the world their very first and long-awaited brainchild. Quite on the contrary, years of experience and loads of successful projects can be hidden behind a “new”, at first glance, developer.

Because people from Spearhead Studios are far from being novices just starting out their journey in the wondrous world of online gaming. In fact, the whole team was acquired from Gaming Innovation Group, a prominent B2B provider of the cutting edge Cloud-based services that earlier decided to shut down its GiG Games studio. What’s more, the team is headed by Mathias Larsson, former Managing Director at GiG Games, who was also involved in the foundation of XIN Gaming and at different times worked for Ezugi and HoGaming.

Long story short, Spearhead Studios was launched in November 2019 by EveryMatrix – a well-known supplier of a modular and API driven product suite including a market-leading one-stop-shop casino content aggregator and integration platform. This move allowed EveryMatrix to tap into the game development vertical and broaden the palette of services it offers to the clients.

With the goal to create “premium, mobile-optimized HTML5 casino gaming experiences for a global audience“, the crew of this Marbella-based studio describes themselves as “experienced, hard-working and super-hungry team of designers, developers and commercial professionals with an eye on making their mark in iGaming“. To realize the plan, they are armed with their own in-house RGS and game development frameworks, as well as multiple operator integrations.

Of course, to stay competitive in the nowadays strongest than ever industry, one has to deliver truly top-notch performances that are not just compatible with the majority of mobile devices but fully optimized for various smartphones and tablets. Fortunately, no problem here as fun on the go is a key element of the strategy elaborated by Spearhead, therefore all their engaging adventures can be enjoyed anytime and anywhere providing users have a stable internet connection.

... it’s easy to conclude that being just one of many is not the idea of this brand, which clearly aims to break out to the leaders of the top-tier segment. Well, it looks like they have everything to fulfill both their ambitions and expectations of the gambling community.

Given that GiG Games was focused on slots, it comes as no surprise that its „successor“ is plotting to carry on the well-established tradition and amaze all fans of virtual one-armed bandits with an array of variously-themed releases. If you’ve ever spun the five reels of Book of Souls, then you know what we’re talking about! In addition to that, they are planning to debut with roulette and blackjack.