Opposition for RAWA Starts Piling Up 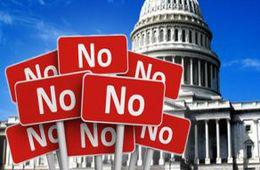 Lots of different organizations have started lining up against the Restoration of America's Wire Act, a proposal that could see online gambling banned on a federal level. Among other things, it would seek to officially change the ruling on the Wire Act to ban all forms of online gambling instead of just betting on sports. A somewhat surprising number of groups and organizations have chimed in on the issue.

A Letter to Congress

The main issue at hand for these groups is that the RAWA would come into conflict with existing state law. The Center for Freedom and Prosperity, Competitive Enterprise Institute, the Council for Citizens Against Government Waste, The American Conservative Union, the Taxpayers Protection Alliance, Less Government, the R Street Institute, the Independent Women's Forum, the Campaign for Liberty, the Independent Women's Voice, the Sovereign Society Freedom Alliance and the Center for Individual Freedom all signed a letter urging Congress to act to avoid this conflict. They're all against RAWA, and many of those groups aren't really what you would expect.

The Wire Act was a key piece of legislation passed through Congress in the 1960s. The point of the law was to help give police a tool to combat sports betting operations ran by organized crime figures. The wording of the law makes it a crime to place sports bets over telephone lines. A ruling a few decades later decided that this applied to Internet wagers as well, as ridiculous as that is, and certain groups afterward suggested that it applied to all forms of online gambling. The Department of Justice clarified that it did not in late 2011, something that most people in the industry already knew was the case.

Sheldon Adelson is the owner of the Las Vegas Sands, and he's been on a crusade against online gambling for quite a while now. The RAWA is his latest attempt to undermine the online gambling industry. He's went so far as to say that he will spend whatever amount of money it takes to have gambling on the Internet made illegal, so it's pretty clear that he's at war with it for whatever reason. Hopefully this new opposition will slow down his efforts.