Congressional Hearing Set Up for RAWA in Early December 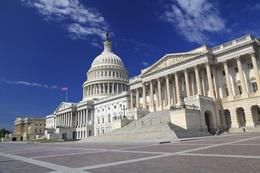 The Restoration of America's Wire Act is the product of Sheldon Adelson's campaign to end online gambling in the United States to protect his land-based casino empire. It hinges on changing the Wire Act from the 1960s, an act used to combat organized crime sports betting operations that took bets over the phone, to something it was never meant to be: a law that affects all forms of gambling on a piece of technology that wasn't even invented yet. A Congressional hearing for this act is apparently due on December 9.

The Chances of the RAWA Passing

At this point, it's tricky to say what the chances are of the RAWA passing. Right now it's known as HR707 in Congress, and players are urged to contact their senators and representatives to speak out against this bill. While there's a lot of scary stuff going on, especially since everyone remembers how the UIGEA was sneaked through, the fact of the matter is that only 24 representatives have become supporters. While this hearing could increase supporters, it's more likely to be a dud overall.

Another Chance for Adelson

Adelson has another option to try to get politicians to put a moratorium in effect for purposes of studying the online gambling industry for two years. This would prevent any states from regulating the environment, and its effects aren't immediately clear for states like New Jersey, Nevada and Delaware that already have online gambling licensing processes. As much as Adelson is sure that people playing penny slots on their smartphones while waiting in a doctor's office lobby is going to bankrupt his business, the fact of the matter is that this moratorium is more likely than getting the RAWA passed while remaining a long-shot.

The irony behind all of this business with the RAWA is that the most likely outcome is that absolutely nothing good happens for Adelson and more attention is brought to the need to regulate the online gambling industry. In gambling circles, this is known as a freeroll because we have a chance to gain something without really risking anything of value, and with as much attention as the RAWA is getting right now, its chances of actually being passed are next to nil.