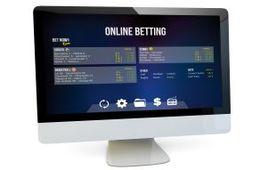 It's no secret right now that daily fantasy sports represent one of the fastest-growing segments of the online gambling market. It's gained more steam in the United States over the past 18 months than most forms of online gambling ever had, and more states have started making decisions about the legality of the game. Now there could be an upcoming congressional hearing on the subject as well.

The Need for the Meeting

Congressman Frank Pallone Jr. has called on this hearing because he believes that the relationship between fantasy sports and traditional sports betting and gambling need to be evaluated. Moreover, he wants clarification on the legality of daily fantasy sports on a federal level. This could turn into something interesting if the hearing happens because sports betting is the only form of online wagering that is expressly illegal on a federal level thanks to the Wire Act that was established in the 1960s and ruled to include Internet betting decades later.

Pallone's suggestions relate to another law, however, and that's the Professional and Amateur Sports Protection Act. This has to do more with land-based sports betting and the states that are allowed to offer it. By all means, this is probably not going to lead anywhere because there are some major differences in how traditional sports betting differs from daily fantasy sports. On top of that, the interested parties have different views on each type of betting.

The Stance of the Leagues

College and professional teams have generally been against the expansion of sports betting, but they are for the expansion of daily fantasy sports. The main difference is that sports betting has to do with the results of the games while daily fantasy sports has to do with the performance of the individual players. Along these lines, they believe there's less room for fixing games and ruining the integrity of the sports themselves.

However, there's also another aspect of this situation, and that's the simple fact that tons of sports teams, ESPN and other leagues are getting a good amount of money from this type of betting in the present, and that could expand to become bigger and bigger each year in the future. This provides a huge incentive to keep the cash cow alive.