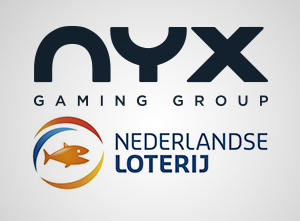 There are all kinds of new business deals happening in the gambling world, especially in places like Europe where they are still in a process of figuring out regulation with a balance between the individual countries there and the European Union as a whole. The Netherlands fairly recently established Nederlandse Loterij, a national lottery, and they have already made an important deal with the NYX Gaming Group.

The Nature of This Deal

What this deal consists of is that NYX will provide Nederlandse Loterij with their software platform. Nederlandse Loterij came about after the merger of Nederlandse Staatsloterij and De Lotto last year, and they're still getting everything together for regular operation. This deal with NYX will give them one of the best platforms in the world as the foundation for these operations, and they will be using the popular NYX OPS platform as a result of this deal.

What Does OPS Offer?

OPS stands for "open platform system," and it's one of the products that NYX offers operators. It's designed to come with complete support and ongoing maintenance because it's set up as a sort of "one stop solution" so that the operator can focus on operations instead of any kind of software issues. While NYX offers online slots and other games as a part of their software platforms, it's the lottery that they will be focused on with this new deal. The fact that there have been a total of seven major lottery providers in the Netherlands that have become a part of Nederlandse Loterij shows that they need a high-end system like this to manage their operations, and it's doubtful that NYX will let them down.

About the NYX Gaming Group

Many players will be familiar with the NYX Gaming Group after their purchase of NextGen and the subsequent slot releases that became a part of the Microgaming Quickfire platform and other operational platforms. With that having been said, they also offer a lot of lottery-based services, and Nederlandse Loterij has decided that they are the company with the platform for the job for servicing all Dutch players on the national level.