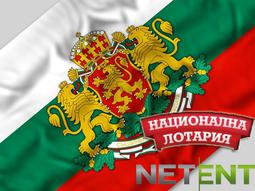 Net Entertainment has made a lot of news in 2016 for entering newly regulated markets. With the year winding down, no one really expected news of yet another entry like this, but they pulled it off. In the last couple of weeks of the year, this company has entered the Bulgarian market thanks to a deal with National Lottery Bulgaria, the single-largest gaming operator in the country.

Details on This Relationship

The thing about National Lottery Bulgaria that's going to sound familiar to those who have been following Net Entertainment's business moves is that they have a very serious land-based presence. They've only now gotten into the online casino side of things after the country regulated the industry, and NetEnt is their exclusive partner to this end. It's a great position for this software provider to be in, and it fits right in with their strategy that they have been using all along of only looking to enter into regulated markets.

For Net Entertainment to gain this position in Bulgaria, it signals that they will essentially dominate that industry unless something major happens. They have the first major entry into the country with the largest operator that has just now switched over to online casino play with a focus on online slots, which they are recognized as being one of the best in the world at. It's pretty simple to see how huge of an advantage they have there now, and it's all a part of their long-term strategy to focus exclusively on regulated markets.

This strategy has been paying off in a huge way. We've seen them enter many markets like this one in 2016, and they have done well every single time. In fact, they've almost instantly become the market leader in many of the jurisdictions they have entered in the previous 12 months. This is largely because they make such great games and have a full library of titles, but it's also because they are so respected due to their refusal to operate anywhere without a regulated environment. This is the key to their long-term success, and it's something they've been doing for years now that is paying major dividends.