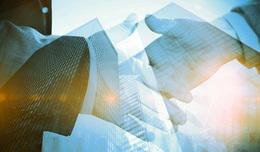 It might sound strange to some people from places like the United States, but there are tons of online gambling companies that are publicly traded. These companies are viewed as being just as legitimate as any other business, chiefly because they are. However, the main market for the London Stock Exchange, just like the main markets for many other stock exchanges, is still the place to be, and that's where the Paysafe Group is headed.

The Paysafe Group is moving from the AIM section to the main market. They currently have about 479.6 million ordinary shares, and all of those will be directly carried over to the main market. There will be no new shares created, and their code is going to remain PAYS. Additionally, their ISIN will be GB0034264548. It's important to point out that this is just a move to a different market, and there is no fund-raising going on here.

Importance of the Move

Moving from the AIM to the main market requires that a company is large enough to justify the move. The Paysafe Group represents one of the biggest groups for online transactions in the world, and they also hold a majority of the transactions in the online gambling world. They were previously known as Optimal Payments, and they own Neteller, Skrill, the now-defunct Ukash that was replaced with a similar method Paysafecard, and a number of other options for players. While Neteller and Skrill used to be the two main competitors in the eWallet space for online gambling, this has changed since the Paysafe Group bought out Skrill earlier this year.

Meaning for the Industry

This is a pretty important move, especially after they dealt with the release of information from an old set of attacks on their servers. It's a big deal because it brings even more legitimacy to the industry by showing that the biggest name in payment processing is good enough to be on the main market for the London Stock Exchange, one of the most important stock markets in the world. Overall, this is great news for online gambling, and it could help the image of the industry in some pretty major ways.